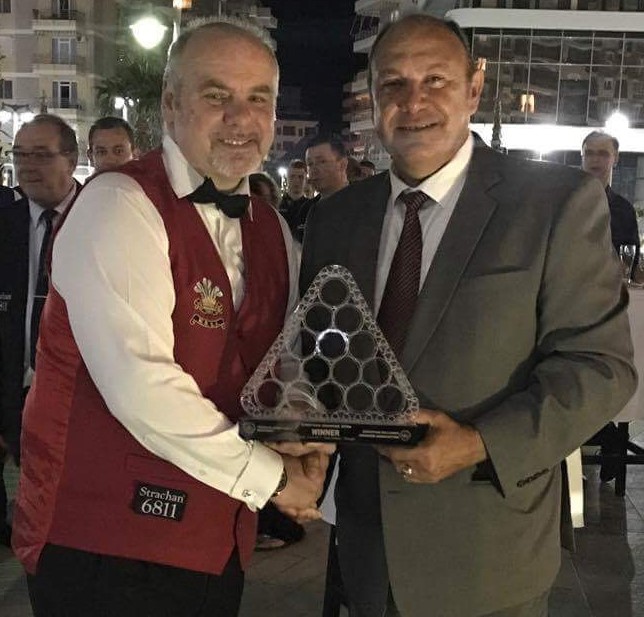 The long wait to start the final did nothing to dampen Darren’s form from his semi final match and he quickly got into his stride.  He set up a two frame lead over the irishman making a break of 56 in the second frame.  Michael took the third frame while Darren took the fourth after michael had a chance to take it but missed the yellow and let Darren in to take the frame and go one frame away from the title. An excellent break of 105 in the fifth frame sealed the match for Darren.