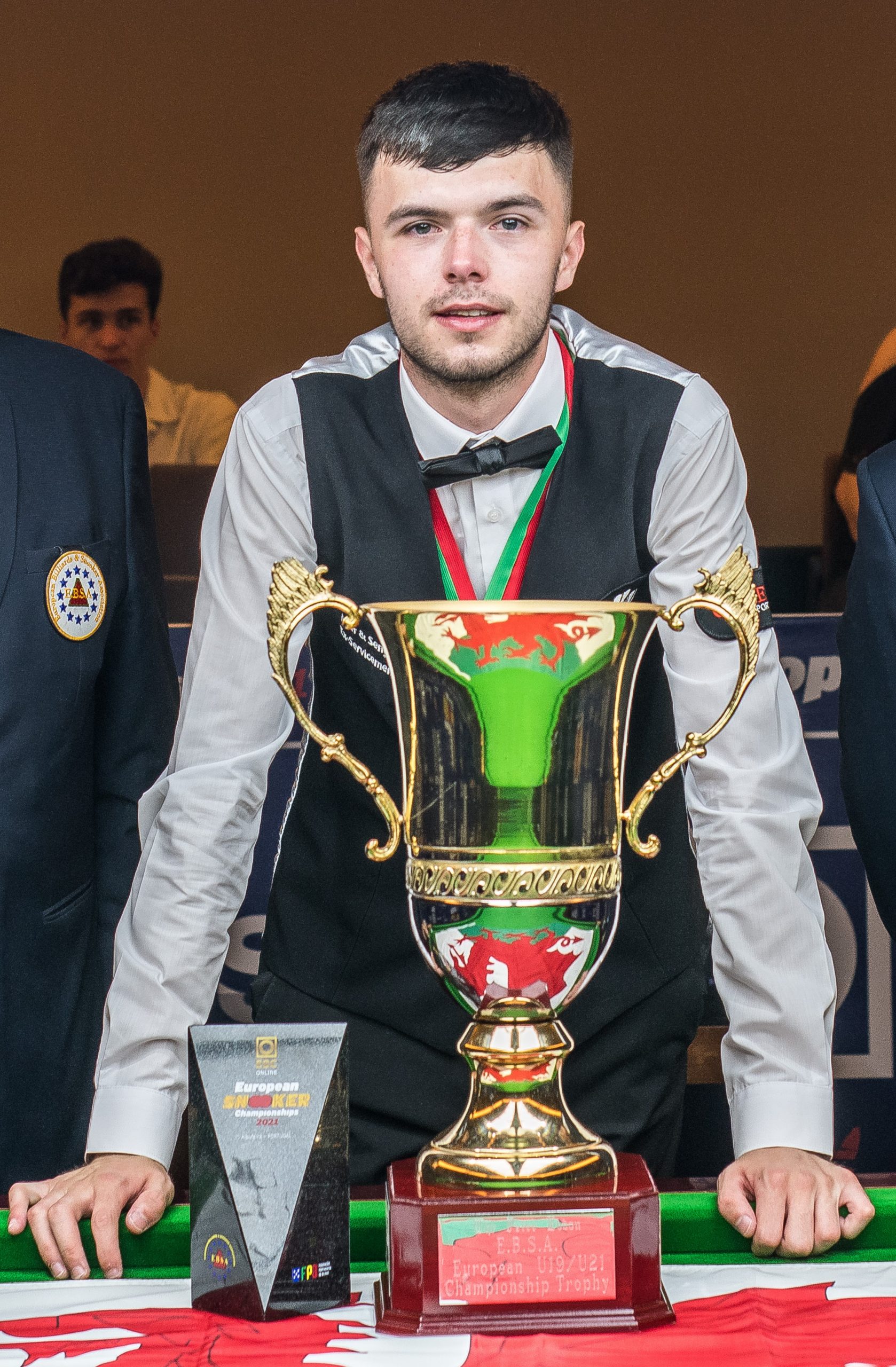 Welshman Emery, aged 20, succeeds Ireland’s Aaron Hill as the new European king and will get the EBSA nomination to World Snooker.

Emery lead always on the final (2-0, 2-1, 4-1) and imposed Leclercq a tough second defeat in an European Snooker Championship Final in just four days – to the Belgian, who had lost U18 final last Monday to his fellow countryman Ben Mertens by 3 frames to 4.

«I’m over the Moon by this win. Wanna thank my family and friends for all the support. I would not have make it without them. I guess there will be a big party back home already. It feels good. I’ve been so close to play on main tour several times and finally knock at the door», told us 20 years old new U21 European Snooker Champion, with friendly nice words also for his opponent Julien Leclercq, who got two defeats in two finals in just four days since Monday.

«He is very good player and person, will get there, all my respect and credit on what he achieved in Albufeira already», said Dylan, confident thar Julien «will soon win some very important title, too».