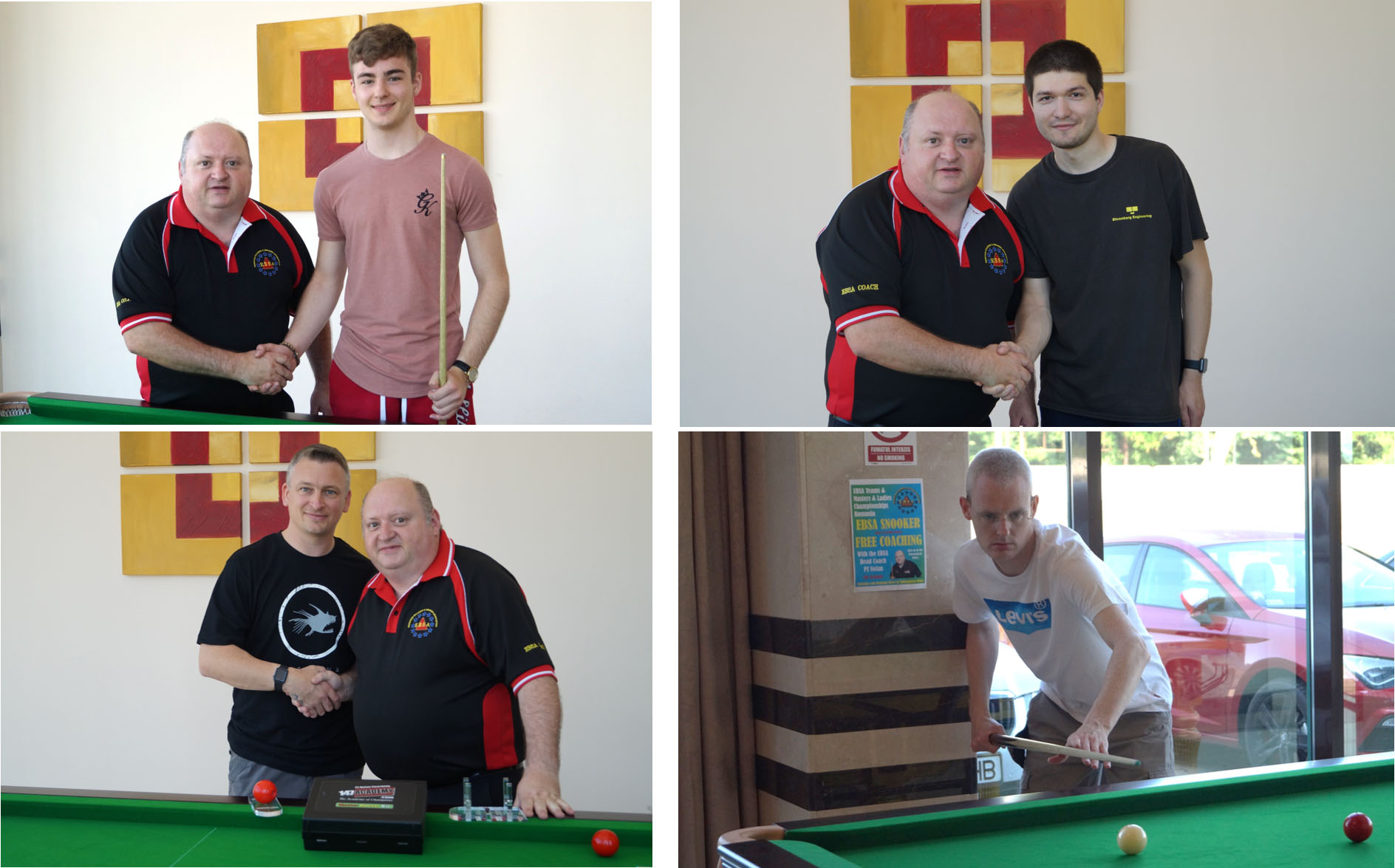 The fist EBSA Coaching Zone was held this morning in the Mirage Hotel Bucharest in Romania with EBSA Coach Head Coach PJ Nolan with players from Scotland, England, Ireland and Romania.

All the players really impressed PJ with their talent and commitment during the cue zone.

Lee McAllister said PJ’s Cue Zone was very professional. Using video analysis of recording the player and shown back the video so each fundamental can be fine-tuned was a big help. All the players said they enjoyed the lesson with PJ today.

During the 2018 EBSA Snooker Championships here in Romania. PJ will conduct free cue zones for the players from 10am until 1pm from the 23rd – 27th June.

EBSA Assistant Coach Bratislav Krastev will hold cue zones from 1pm to 3pm also from the 23rd – 27th and there is a sheet to book your place in the Tournament office.