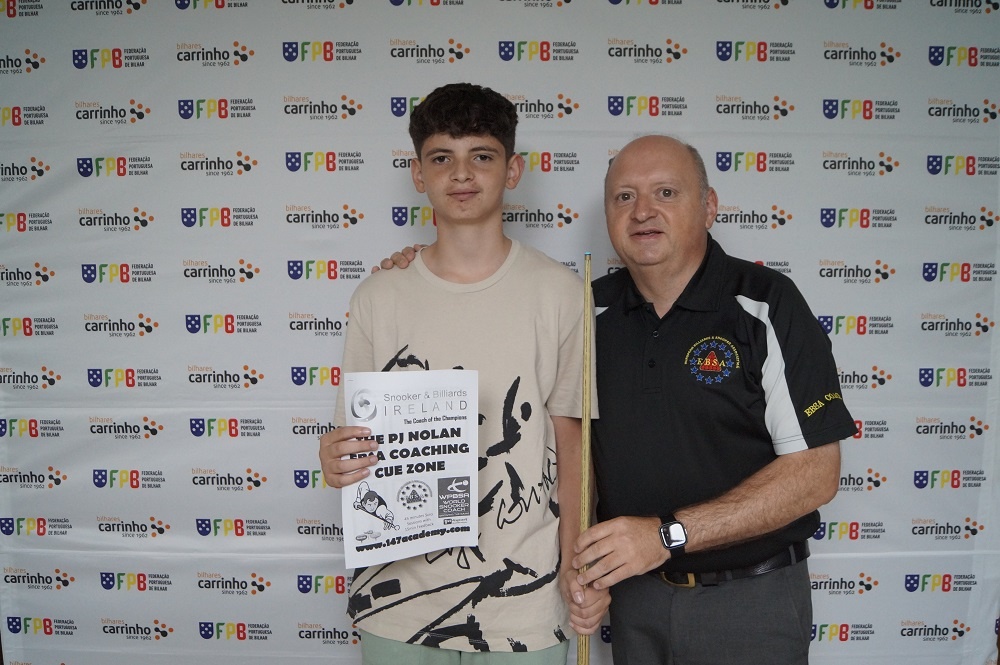 Day 2 of the EBSA Cue Zones with EBSA Head of Coaching PJ Nolan was held at the Albufeira’s Vidamar Hotel Resort in the Algarve on the 3rd of October in Portugal at the 2021 European U-18 Snooker Championships.

Any player / country competing in this year’s EBSA Championship in Portugal has the opportunity to book a date and time for a 30miniute session in the Cue Zone Schedule in the Tournament office.

EBSA will be holding a Coaching Course on 4th, 5th, 6th and 7th so there will be no Cue Zone held. There will also be no cue zone on Saturday the 9th as the EBSA will hold the AGM.

PJ worked today with a number of players from Republic of Ireland and Israel, Ukraine and Germany. All players really impressed PJ with their commitment and all the players said they really enjoyed their lesson with PJ.