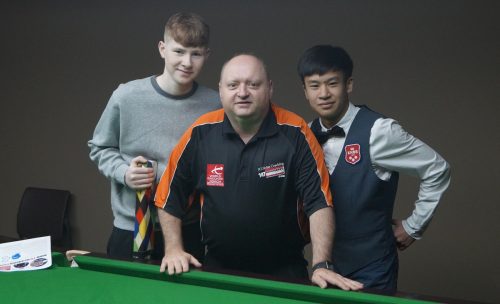 Day 2 of the EBSA Cue Zone was held with EBSA Head of Coaching PJ Nolan was held on the 8th of March at the 2020 European U-18 Snooker Championships here in the Salgados Palace Hotel in the Algarve Portugal.

All the players really impressed PJ with their commitment and all the players said they really enjoyed their lesson with PJ. Each player who attends PJ’s Cue Zones this week will receive a Coaching Booklet to help them improve their Mental Side of the game.