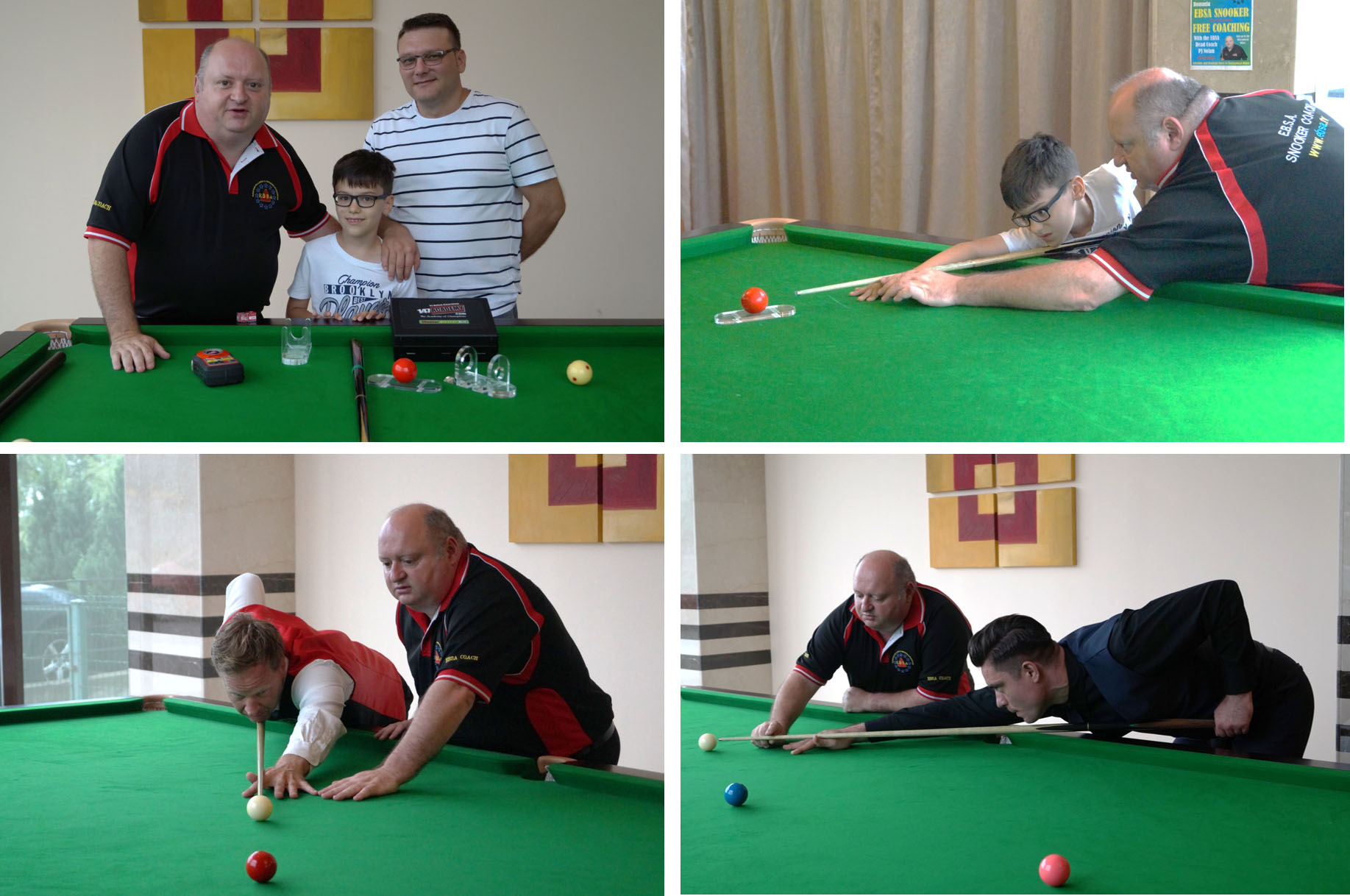 The second EBSA Coaching Zone was held this morning in the Mirage Hotel Bucharest in Romania with EBSA Coach Head Coach PJ Nolan with players from Austria and Romania.

9 Year old David Goajga from Romania Richard Kornberger from Austria and Marius Dumitru from Romania attended and PJ worked on their Technique and Potting. All the players really impressed PJ with their talent and commitment during the cue zone.

PJ’s Cue Zone are very professional by using video analysis to show back the action from each fundamental to be fine-tuned. All the players said they enjoyed the lesson with PJ today.

During the 2018 EBSA Snooker Championships here in Romania. PJ will conduct free cue zones for the players from 10am until 1pm from the 24th – 27th June.

EBSA Assistant Coach Bratislav Krastev will hold cue zones from 1pm to 3pm also from the 24th – 27th and there is a sheet to book your place in the Tournament office.