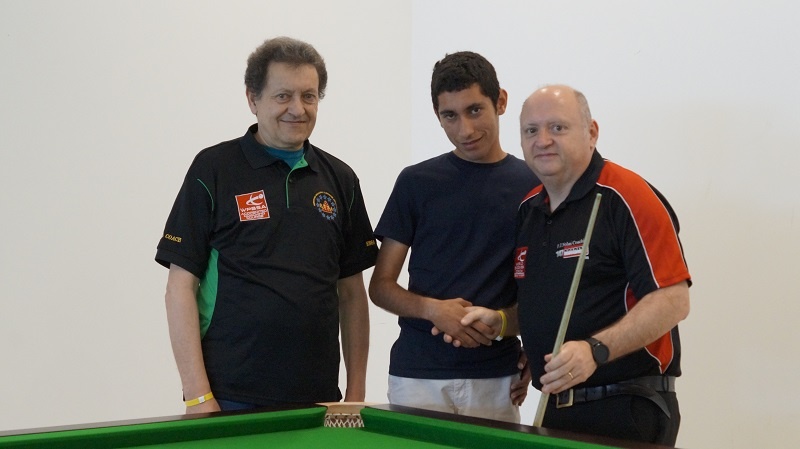 The third day the PJ Nolan EBSA Cue Zones was held today on the 10th of June in the Hotel Tanushaj in Albania at the 2022 European U-16, U-18, U-21, Men’s, Seniors & Ladies Snooker Individual and Team Snooker Championships.

Other EBSA Qualified Coaches have also the opportunity to hold their own Cue Zones from 4pm – 6pm each day of the cue zones.

PJ worked today with talented players from England, Serbia, Portugal, Ukraine, Poland, Hungary and Israel on developing good fundamentals in their Approach, Cue Action, Stance and Bridge Hand plus on their Break Building Skills. PJ was very impressed with all the player’s commitment and he really hope they enjoyed the session.

The next course begins on the 13th of June and runs until the 16th of June here in Albania where PJ Nolan will give the course to new trainee coaches from Italy, Sweden, Almenia, Albania and Bosnia,