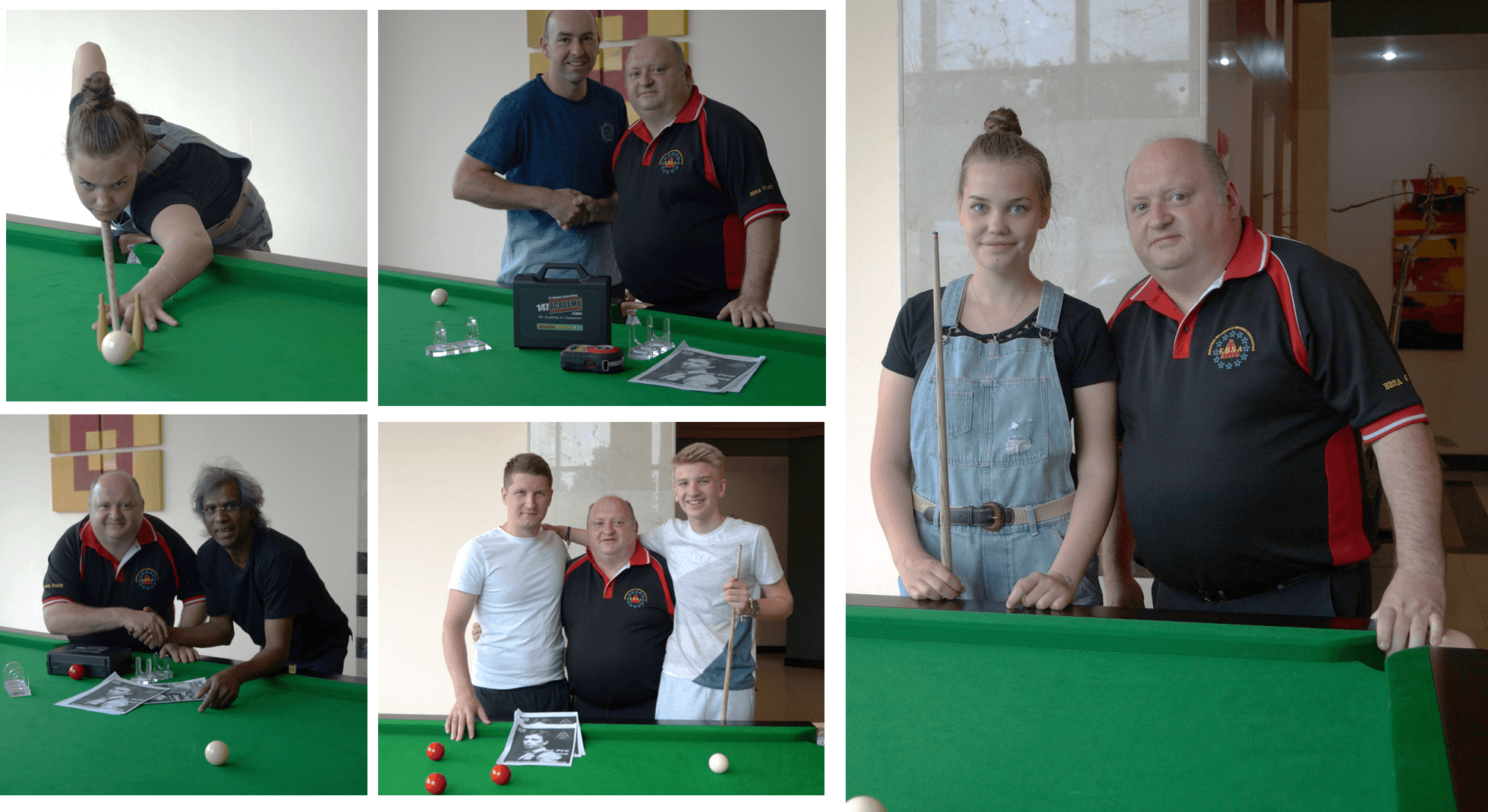 The fifth EBSA Cue Zone was held this morning at the 2018 EBSA Snooker Championships in the Mirage Hotel Bucharest in Romania. EBSA Head of Coaching PJ Nolan held his fifth Coaching Zone with players from Switzerland, Scotland, Russia and Ukraine.

PJ is conduct free cue zones each morning from 10am – 1pm for the EBSA players and the final cue zone will be held on the 27th June.

Attended this morning were Mohanraj Sivasubramaniam from Switzerland, Michael Philbin from Scotland and Ladies up and coming Champion 16 year old Aleksandra Bogatyreva from Russia plus Iulian Boiko and Sergiy Isayenko from Ukraine.

EBSA Assistant Coach Bratislav Krastev is also holding cue zones from 1pm to 3pm and his final cue zone is on the 27th. The sheet to book your place is in the Tournament office.