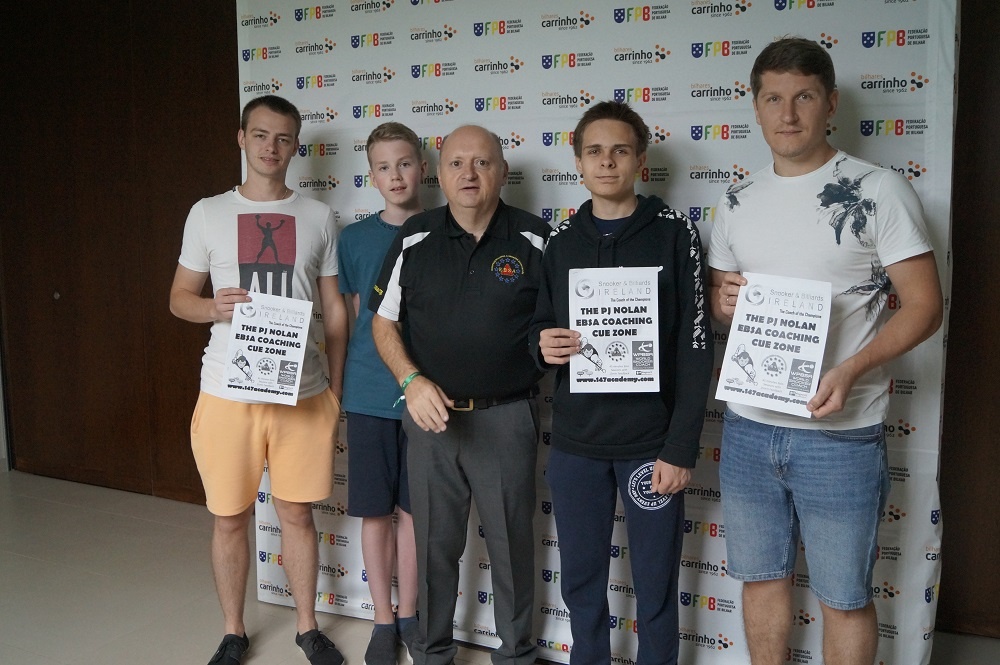 EBSA Head of Coaching PJ Nolan held his seventh day of Cue Zones at the Albufeira’s Vidamar Hotel Resort in the Algarve on Wednesday the 13th of October here in Portugal at the 2021 European Mixed / Men’s Snooker Championships.

EBSA are conducting free cue zones each day for players who attend this year’s European Championships until the 15th of October with PJ Nolan and from his team of EBSA Coaches. Any current EBSA Coach can book a cue zone in the Tournament office.

PJ worked today with a number of players from Sweden, Ukraine, Lithuania. All players really impressed PJ with their commitment. All the players said they really enjoyed their lesson with PJ.