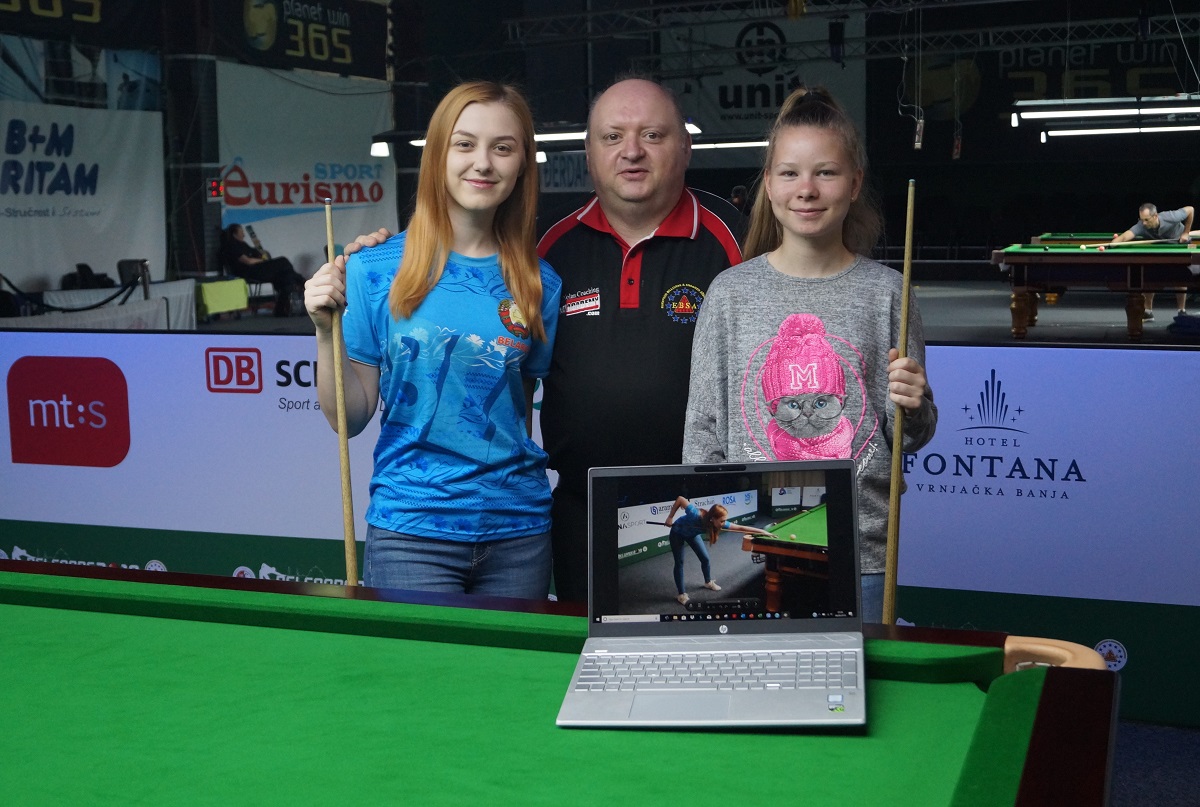 Day seven of the EBSA Cue Zone was held in the Crowne Plaza Hotel Belgrade with EBSA Head of Coaching PJ Nolan was held on the 8th of June at the 2019 European Teams & Masters & Ladies Snooker Championships here in Serbia.

PJ worked today with Belarus top lady players Yana Shut and Albina Leschuk plus German master player Holger Marth. All three players this morning really impressed PJ with their commitment and all the players said they really enjoyed their lesson this morning with PJ.