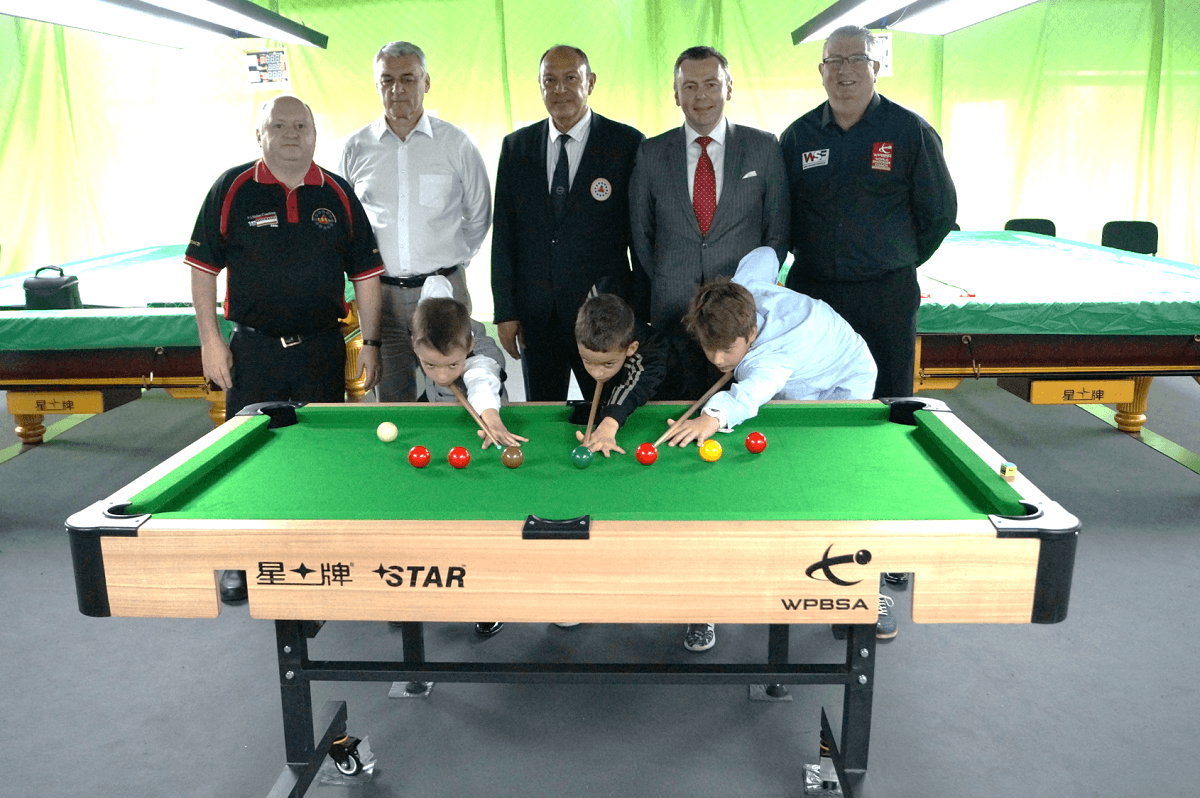 The European Billiards & Snooker Association held a Junior Schools Promotion day on the 2nd of June at the 2019 European Teams & Masters & Ladies Snooker Championships in the Crowne Plaza Hotel Belgrade in Serbia.

The main aim of the day was to encourage more young players into our sport and the Star tables are a fantastic way to help achieve this. The WPBSA & EBSA are working on making tables available through NGB’s in the future and more details will be available soon.

The European Billiards & Snooker Association would like to thank the WPBSA for supplying the table for today’s Cue Zone.