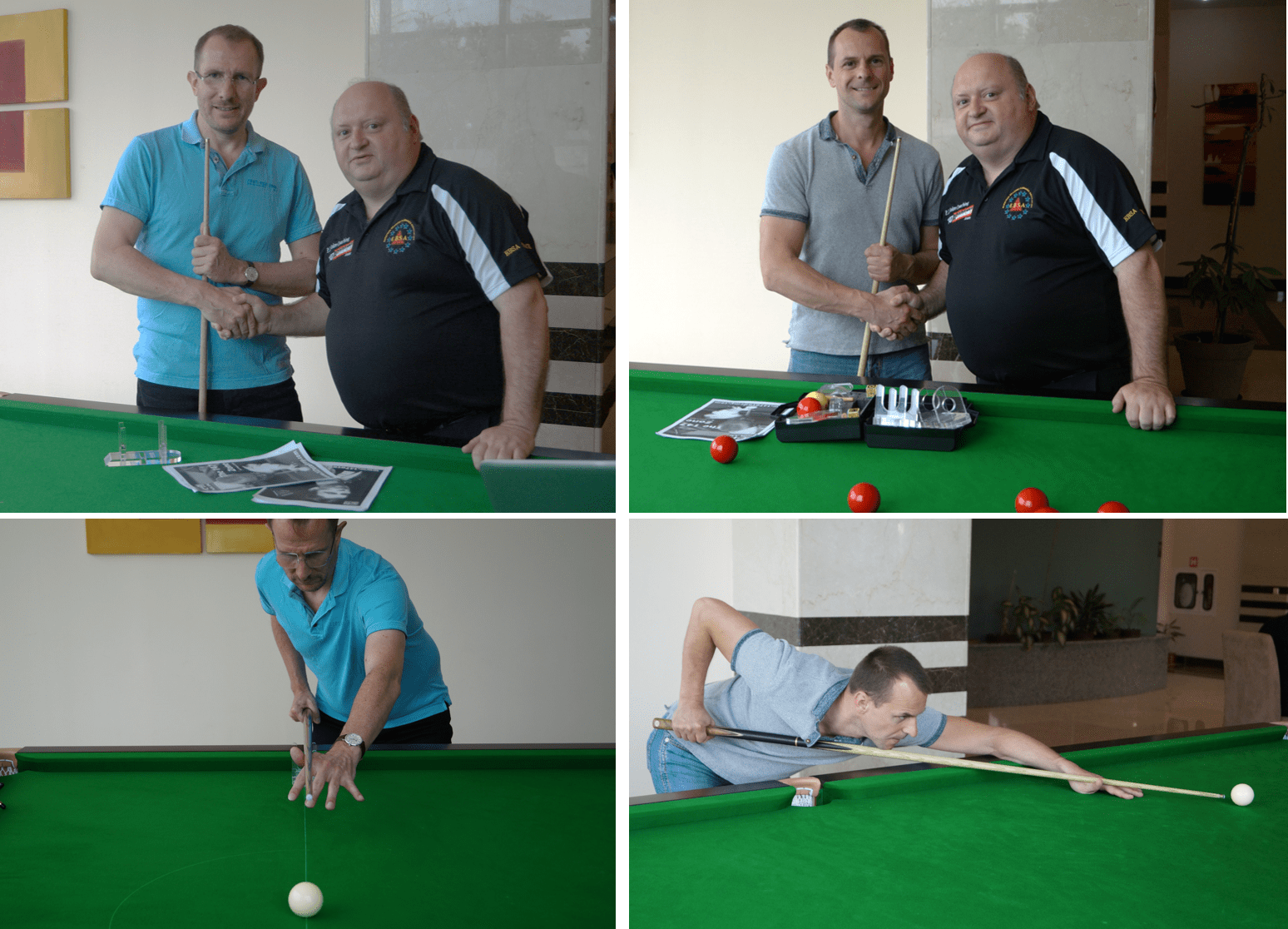 The last and final PJ Nolan EBSA Cue Zone was held this morning on the 27th June at the 2018 EBSA Snooker Championships in the Mirage Hotel Bucharest in Romania with players from Hungary and Germany.

EBSA Head of Coaching PJ Nolan (Ireland) conducted free cue zones each morning from 10am – 1pm for the EBSA players who attended this year’s European Championships.  Attended this morning were Karl-Heinz Beggel from Germany and Balázs Hámori from Hungary.