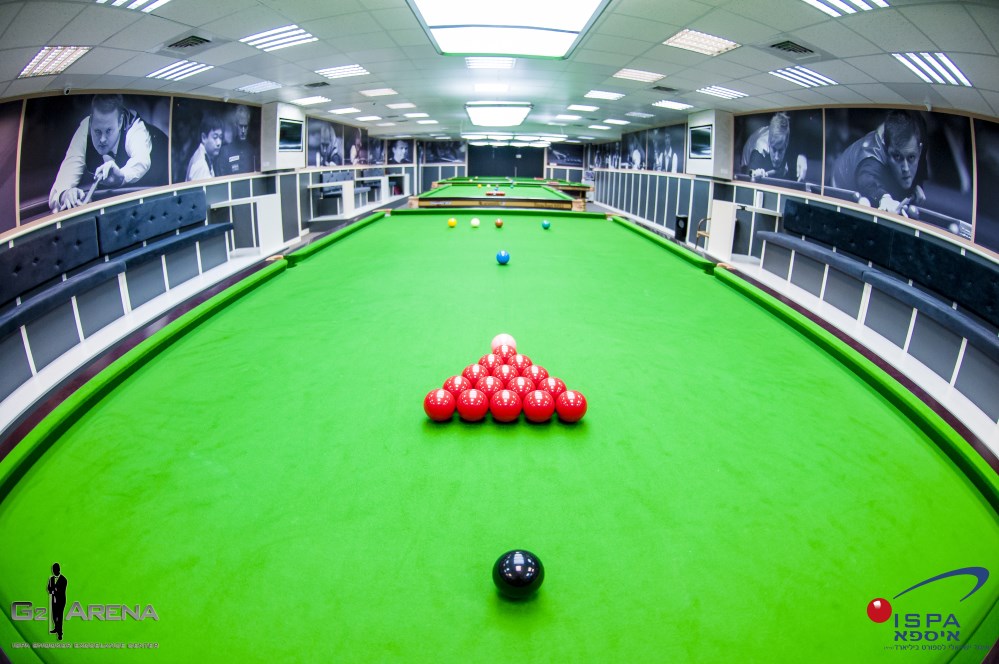 If you thought that Israel isn’t serious about the development of the game of Snooker, or if you thought that Israel wasn’t passionate about the game, you would be very wrong.
Israel has just put together the most memorable European Snooker Championship tournament, from the arrival to the championships desk, the high standard of the two venues, the significant cost of the signage all over the hotel, inside and outside, plus the many gifts, presentations and delivery of the message that Eilat is a warm and welcoming place for all Nations was second to none.
This didn’t just happen overnight! This took week’s, month’s and even years of planning and that was just one event, but the ISPA are involved in the development of the game and it’s players for many years now and with the quality snooker played by the current ‘EBSA 6Reds European Champion’ Shachar Ruberg at the recent championships, making it to the last four is a clear indication that the ISPA and snooker in general in Israel are getting it right.
The ‘Jewel in the Crown’ of Israeli Snooker is its magnificent ‘G2 Arena in Ashdod’ which was fully approved by the EBSA Chairman Maxime Cassis is considered the finest Snooker facility in the Country with top class facilities, magnificent tables and a real feeling that you are in the heart of Israeli Snooker, make no mistake this is a serious place!
The Arena is the place that ISPA holds most of its official activities including the National Championships and if this is an indicator of what can be done in a short space of time or an indication of what is to come, watch out World, Israeli Snooker is developing fast and is on the move forward to certain success over the coming years.