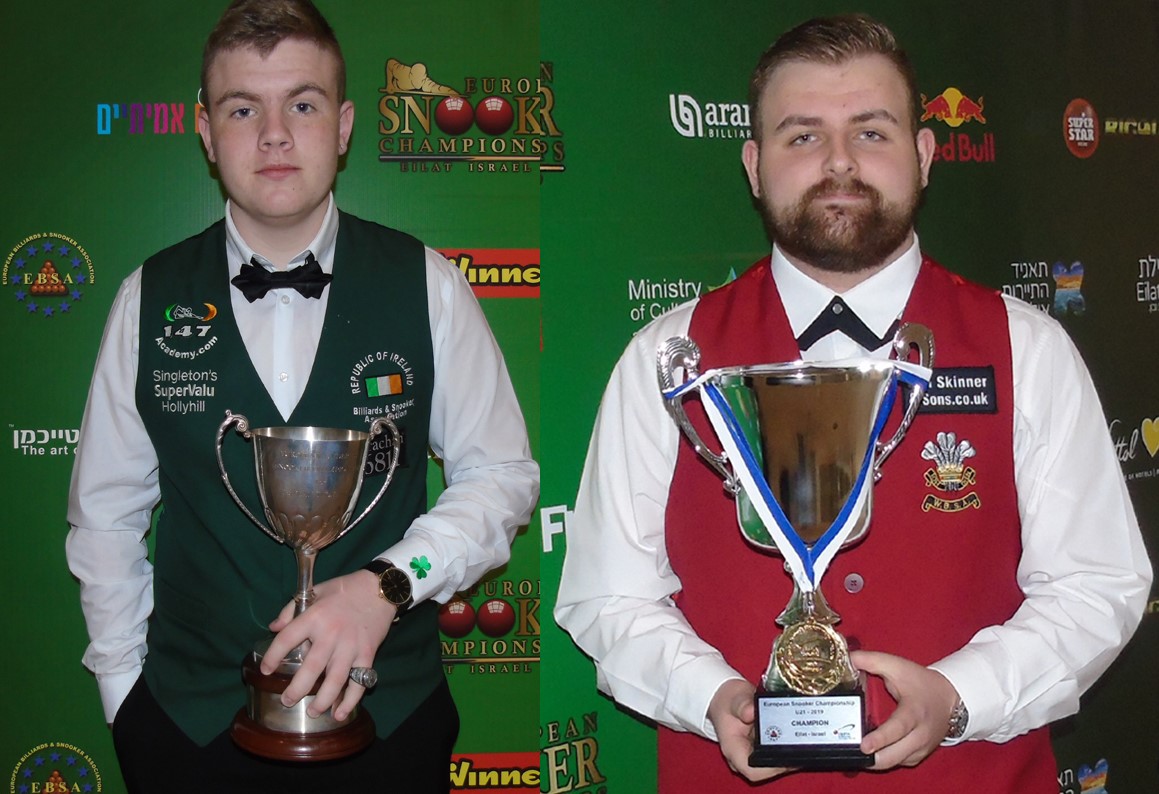 Aaron Hill (Ireland) is the U18 European Snooker Champion

After a magnificent final between two great players Aaron Hill and Dylan Emery it all came down to the deciding frame and then Hill went to the table and banged in an 83 Break to win the title.
Aaron is the first Irish player from his City of Cork to win the title.

Jackson Page (Wales) is the U21 European Snooker Champion