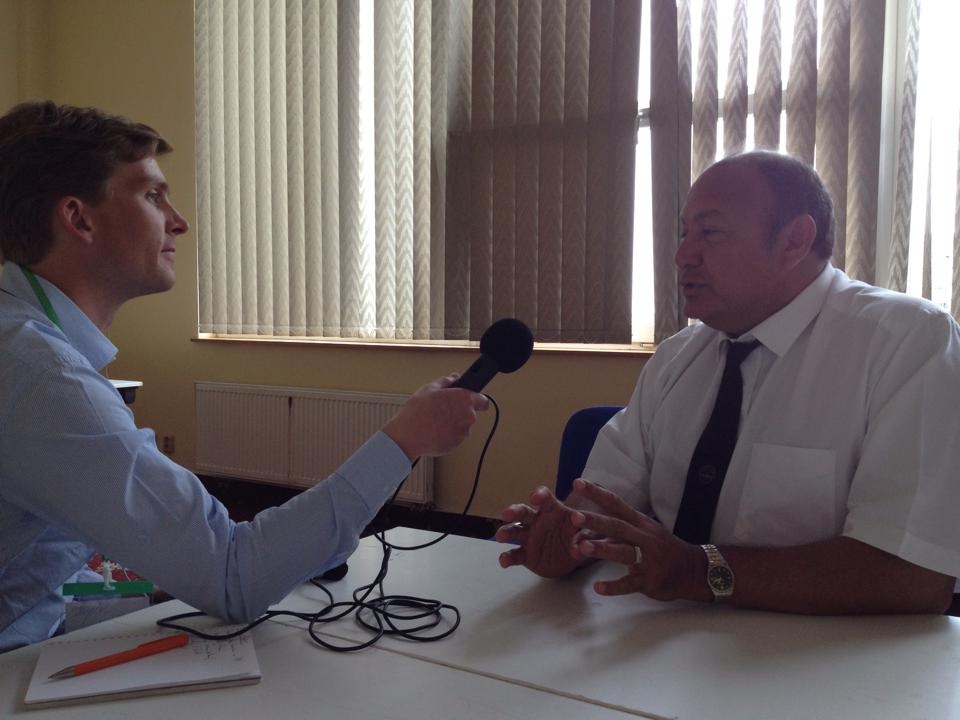 As a natural result of the growing interest that snooker has created worldwide, the media started looking closely to this sport that’s becoming classy first class entertainment to watch. And Germany is not an exception, with ‘Deutschlandradio Kultur’ sending a reporter to this 2015 European Snooker Championships to keep up with the ‘snooker boom’, while in the tables the country has in Lukas Kleckers maybe the star for the near future.

This Monday, reporter Max Kuball interviewed EBSA president, Maxime Cassis, for 45 minutes. «We are all here to make it work. We are a team, all volunteers. But the game is to the players. We invested in getting academies in all countries, and get as many countries we can. That’s why’s it’s so significant to have a record of 200 players and 38 countries, from the 43 registered in EBSA here in Prague», told the French former player, referee and club owner.

Maxime Cassis is already with his mind on the following years, after have assured European events next year for Poland and Lithuania, as also new suppliers and sponsors to continue to increase the sport that wants to become oympic in Tokyo-2020.

The german journalist left the Top Hotel, in Prague, seriously impressed with the detail, strategy and path for snooker. But mostly with the challenge we’ve proposed him: to ask ten men or women in the street, whatever their ages are, if they ever tried to pot a ball in the pocket. He would easily get a positive answer from eight or nine out of ten, if not all the yes…