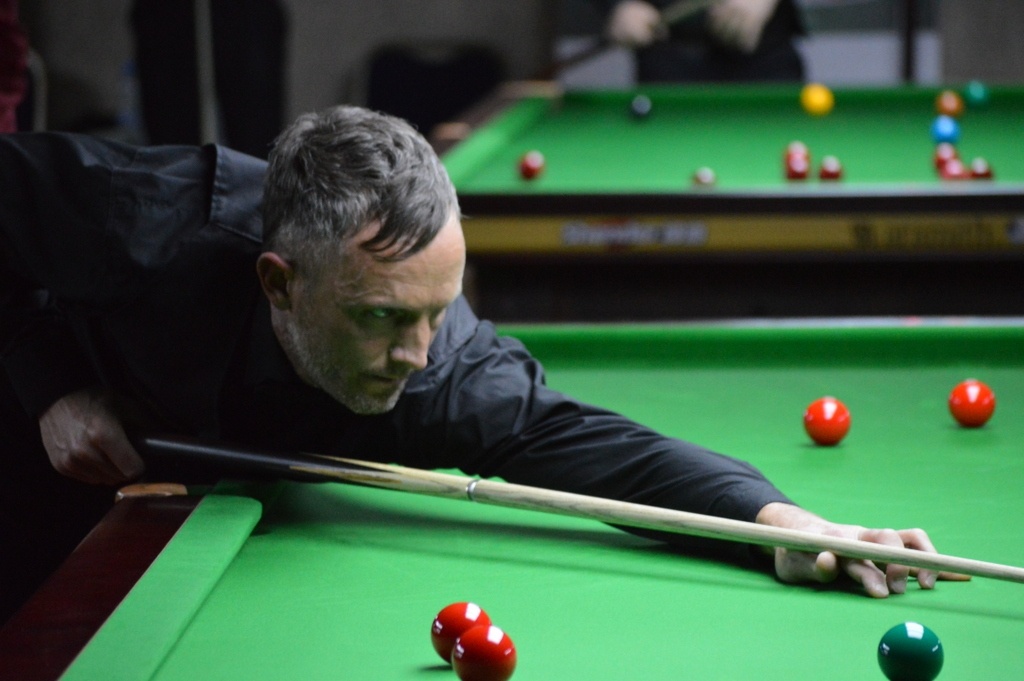 Iceland’s Kristján Helgason and Duane Jones were in fine form tonight winning their opening matches in Group D with ease. Helgason was the first to finish tonight with a commanding 4-0 victory over Igor Stefanovic from Serbia in less than 50 minutes and he will likely contest the top spot in Group D with Jones and Krzysztof Wróbel who both won 4-0 tonight also.

Jones knocked in breaks of 60, 61 and 62 in the first three frames of his 4-0 win over Cvetan Pavlov while Wróbel saw off Turkey’s Yilmaz Yildrim by the same score line.

In Group C Anthony Brabin from Cyprus recorded a 4-0 win over Finland’s Jani Kananen with a high run of 53 in the opening frame. Also in this group England’s Mitchel Mann had no problems overcoming Sergej Korolkov 4-0 finishing with a 52 in the 4th frame. With only 5 players in this group these were the only matches played today with Grzegorz Biernadski having to start his challenge tomorrow.

Ukraine’s 8 year old Iulian Boiko could have got a lot easier matches than Ireland’s Rodney Goggins in his first Group B match but the youngster held his own against the experienced international. Rodney however was just too strong for the youngster and ran out a 4-0 winner with runs of 54 and 73 included.

The other match in this group saw Roman Dietzel have a 4-0 victory over Bulgarian Salim Otti finishing off with a 68 in the final frame.

In Group A we saw Sasa Stojanovic from Serbia defeat Israel’s Shay Arama 4-2 while Poland’s Patryk Masłowski ran out a 4-0 winner over Bulgaria’s Teodor Chomovski.

Elsewhere Ex-Champion Kevin Van Hove had to fight back from 3-2 down to overcome the host countries Ivailo Pekov who only for a bad miscue in the final frame could have won the match. Van hove knocked in a 33 break after the miscue to more or less seal the frame win the match.