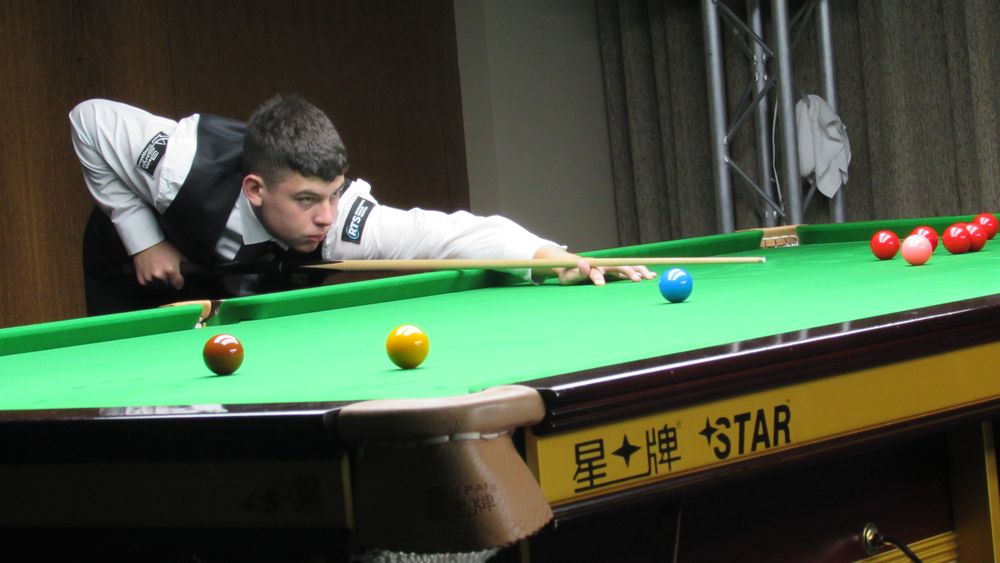 Liam Davies became the third man to get a century break and the first one to get it at the U21 event of Albufeira’s 2021 EBSA European Snooker Championships.

The 15 years old Welshman got to 105 points and follows the same track then Belgians Ben Mertens and Julien Leclercq have done in the U18 competition: the new U18 European Champion got a brilliant 116 break while this 2021 championship runner-up and fellow countryman Leclercq stil tops the point with the 136 break also at the previous tournament who finished Monday afternoon at the Vidamar Resort Hotel Algarve.

Remarkable describes also Liam Graham’s performance in Portugal with the Scottish becoming the first man to overcome the ‘three digits’ barrier twice with breaks of 129 and 122 points besides getting to U18 semifinals.