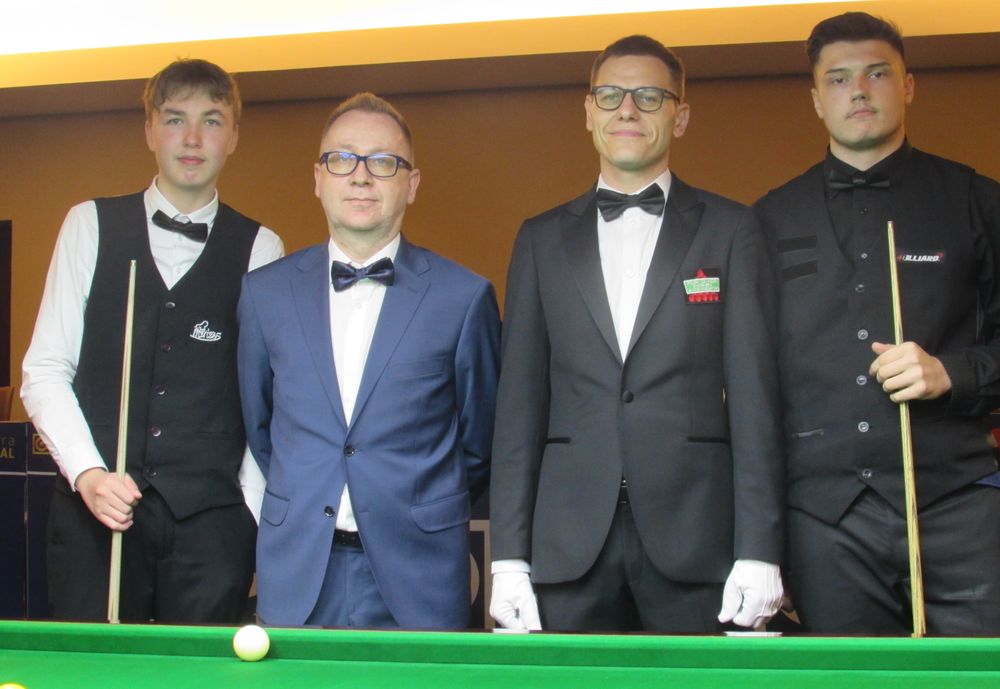 In April 2009 Luca Brecel became the youngest U19 European Snooker Champion ever with 14 years but this Monday afternoon History is on the making for Belgium also in U18 EBSA 2021 European Snooker Championships final: 18 years old Julien Leclercq and 16 years old Ben Mertens are battling in the green cloth at Albufeira’s Vidamar Resort Hotel to succeed Ireland’s Aaron Hill in this category.

An incredible performance for Belgium, to have two of their players in the first of the nine finals and champions to be found until October 17th at sunny Algarve.

The head-to-head score between the two longtime friends and competitors who have faced each other multiple times along the years is balanced. The final is being played also best of 7 frames and the referee is Poland’s Mateusz Rusin helped assisted by his fellow countryman Maciej Grzegorz Lesiak.