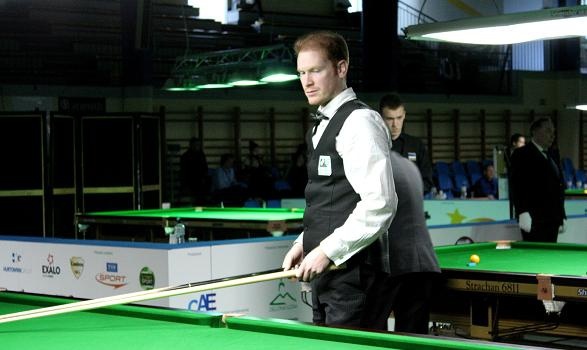 Breaks of 84 and 81 in the final two frames shows that the Germany will be a force to be reckoned with in the knockout draw and will be joined by Rhys (2nd) and Estonian Andres Petrov (3rd) after he also won his final match this morning beating Murat Ayas 4-0 with breaks of 69 and 51.

Paul Schopf is still currently battling it out with Pawal Rogoza at present but will still progress due to the knockouts even with a loss due to his better frame difference over Rogoza.

The only other match in the mens section is still being played between Tom Limor and Mikhail Popov with Limor currently winning 3-1 so will also now progress in 4th spot in Group C due to to his better frame difference even if Mikhail stages a comeback and wins.

The draw for the Last 48 in the mens will be made this afternoon with the Last 48 starting at 4pm local time.