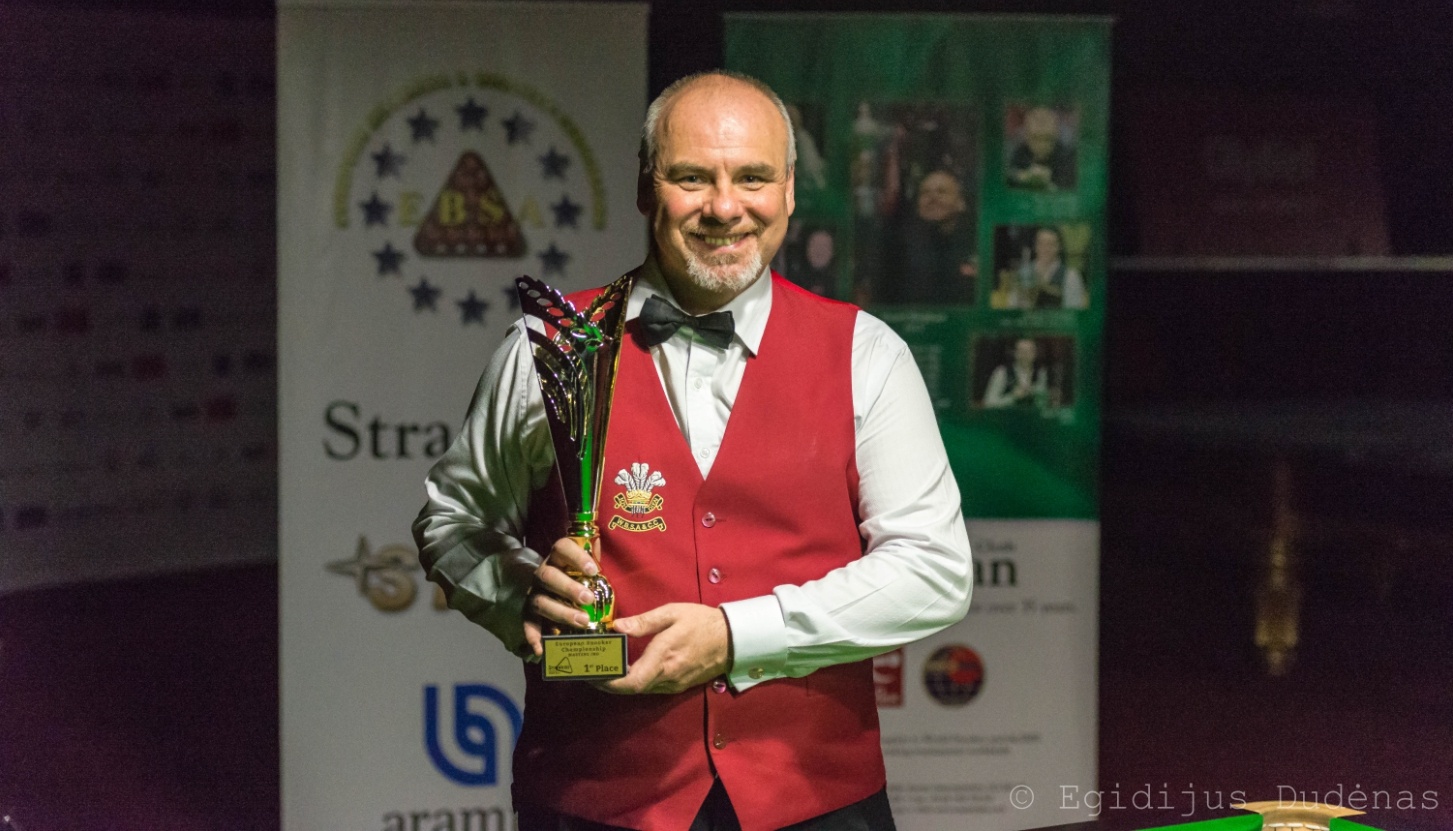 Wales’ Darren Morgan completed the double, winning both the EBSA Masters Snooker Championship and the EBSA European Open, in the space of a week. This Friday evening Compensa concert hall in Vilnius saw the finals of the Masters’ individual heat. Unfortunately, Brendan Thomas of Ireland put up little resistance against Morgan, losing 6-0 in the one-sided final, as the Welshman successfully defended his crown.

The 50 year old showcased sublime form, as he won two different tournaments in Vilnius, while also nearly missing out on a 147 break earlier in the tournament. If that wasn’t enough, Morgan is still en route to claiming a hat-trick, as him and Wales’ Sargeant are due to compete in the Masters’ teams’ semis. England’s Owens & Bodle will not waver and try to deny him the opportunity as the action returns tomorrow.