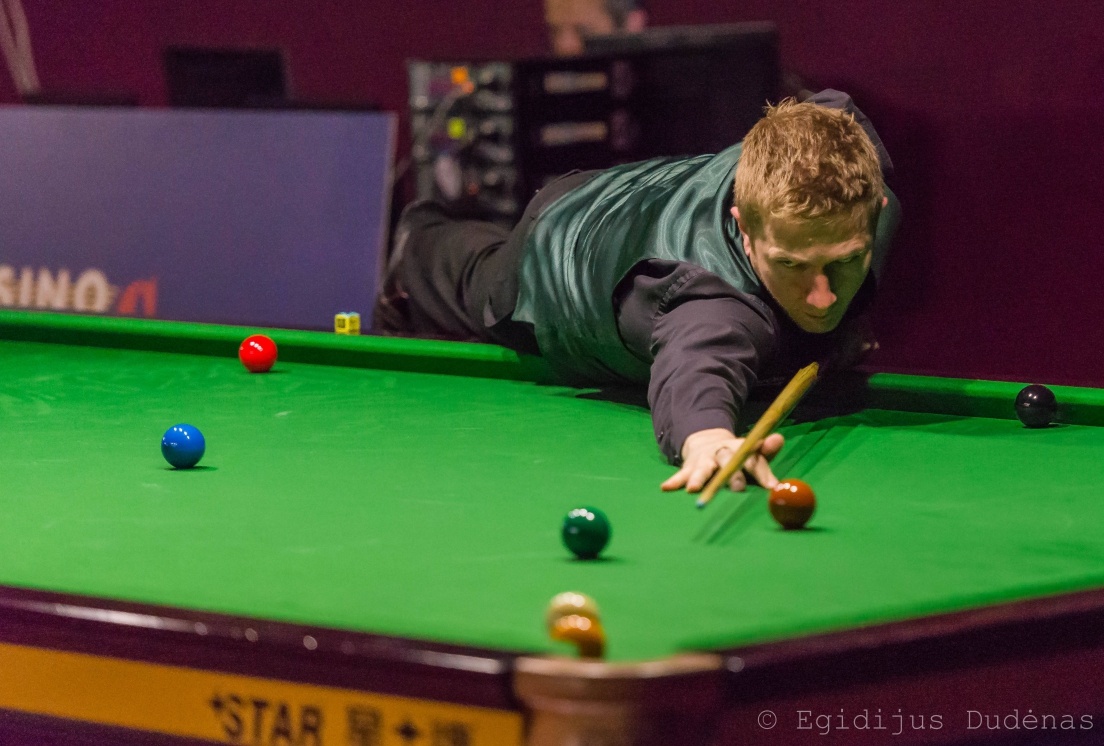 8 teams whittled down to 4, as the quarterfinals of the EBSA European Team Snooker Championships Men’s division wrapped up. Two Irish teams, 1 from Belgium and 1 from Malta progressed to the semifinals, and will return tomorrow to play down to the winner.

The first quarterfinal saw Ireland’s O’Donoghue win a decider over Israel’s Ruberg, as the Irish reached the semis 4-3. O’Donoghue & Cronin were leading 3-1 before the Israelis Ruberg and Shalom brought it back even 3-3, only to reclaim the lead once and for all. The second match saw another Irish team win 4-1 over their Polish rivals, with Goggins & Devaney proving stronger than Wrobel and Nitzschke. Both Irish will meet each other in yet another Irish semifinal this week in Vilnius.

The third quarterfinal quashed all hopes of the Emerald Isle to have three Irish players in the semis. Belgium’s Jans and Van Roy persevered 4-3 once again, with Jans proving to be cold as ice in yet another decider. After trading frames, a 59 break from Jans seemed to have set the Belgians up nicely, but a collective break of 69 by Judge and Murphy forced the decider. Alas, it was not meant to be as Jans dispatched of Judge to make it to the next stage.

The last quarterfinal saw the Welsh succumb to the Maltese, as Borg and Cini prevailed 4-1 over Taubman and Pagett. The winners of the match will meet Belgium in the second semifinal of Saturday.