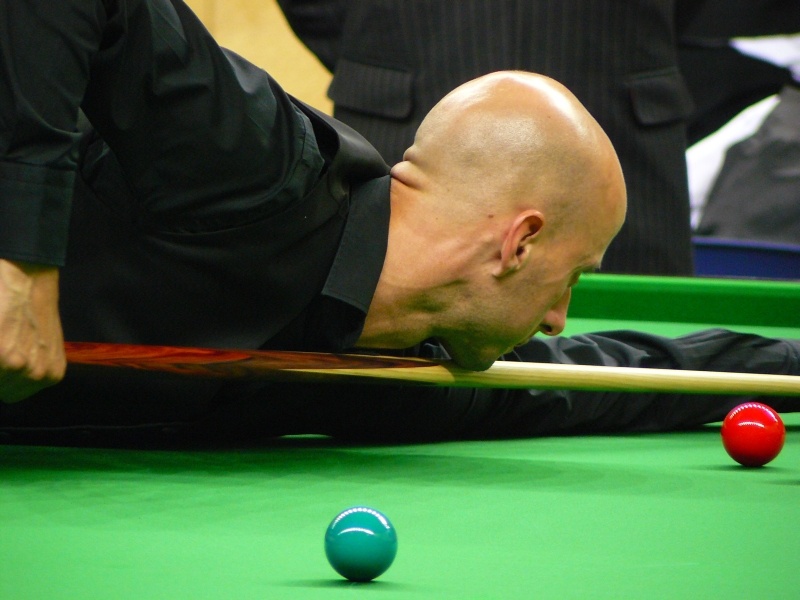 Dutch potter Maurice Le Duc won his fourth straight match this afternoon in Zielona Gora as he defeated Mikhail Popov from Russia by four frames to nil. The solid four frame win included breaks of 67 and 55 in the second frame and the result now leaves Le Duc in prime position to top the group but still has to face both Krzysztof Wrobeland Jeff Cundy over the weekend which should decide the fate of Group C.

Cundy also won this afternoon making it three from three for him after a 4-1 win over Tom Limor and also in that group Andrey Khudobin from Belarus got his first win on the board with a 4-0 win over Croatian Bruno Repaic.

In Group D Rhys Clark had to come from 1-0 down against Andres Petrov (Estonia) to run out a comfortable 4-1 winner leaving him firmly in control in his group with three wins while Paul Schopf and Murat Ayas will have to finish off their match next session.

Ireland’s Mark Tuite continued racking up the wins with a 3-0 victory over Daniel Poly of France having yet to drop a frame while also in Group H Richard Kornberger gained his first win with a 3-1 result against Marcin Kolibski.

John Terry had to fight hard to overturn a 2-0 deficit in his Group G match against Mohanraj Sivasubramaniam (Switzerland) to end up a 3-2 winner and maintain his unbeaten record to lead the group with only one match left against Rune Kampe to come which should decide the fate of the group.

Another Welshman Ian Sargeant was in action against Pal Vantra and ran out a 3-1 winner to leave him top of the group while also in Group F Bernard Ballestra took his first match win beating Laimonas Aldonis (Lithuania) 3-0.

Four matches this afternoon in the Ladies Section saw defending champion Tatjana Vasiljeva in action and she saw off Nikoleta Nikolova 3-0 as she kept pace with Diana Statczny with three wins a piece in Group A. Russia’s Daria Sirotina also kept her unbeaten record although was made to work for it after Manon Melief went 1-0 ahead early on but Daria eventually ran out a 3-1 winner.

The two other games in the section saw wins for both Valerie Savonet and Weronika Nowicka, her first win to date.