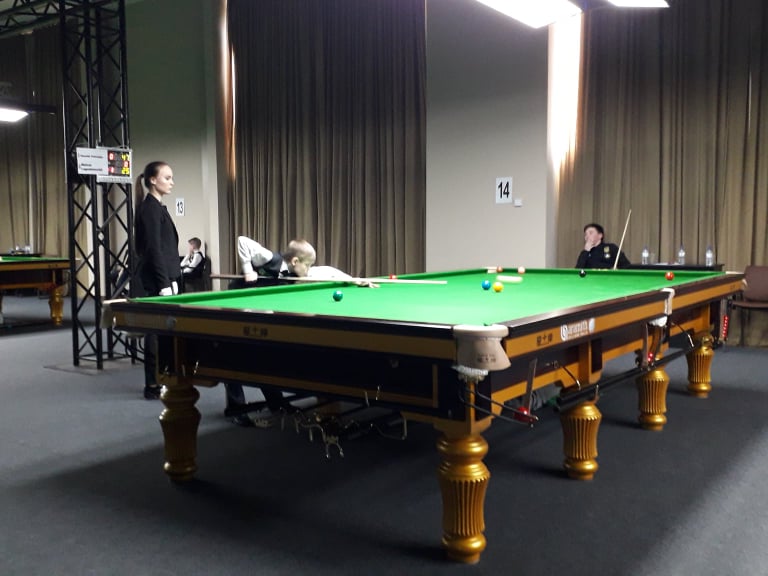 Impressive will, talent, dedication and love for the match explains one of the phenomenons impressing everyone on this first day of the 2020 U18 European Snooker Championships in Albufeira. Some players can barely reach the table without using the rest.

That’s the case of the two Moldovian players in the competition, Matvei Lagodzhinski, aged 9 – but with breaks of 46 in competition and 102 in practice – and Vladisnav Gradinari, only 11 years old but already scoring a 136 in practice and 72 in competition.

They prove that size does not really matter, especially if you’re not yet even a teenager. Other  young and talented players also 11 years old are Swedish Walter Laikre and German Christian Richter.

Fantastic to see the ability, also, of Ucranian Artem Surzhykov, aged only 10, like Matvei Lagodzinski, and registering already breaks of 49 in competition and 94 in practice. You’ll never guess the wonder player behind the kids if you bump on them on the street. But pay attention: they are all serious candidates for the nomination to WPBSA to play in the qualifying rounds of next April’s World Snooker Championships, in Sheffield, the big prize deserved for this 2020 U18 European Snooker Championships.