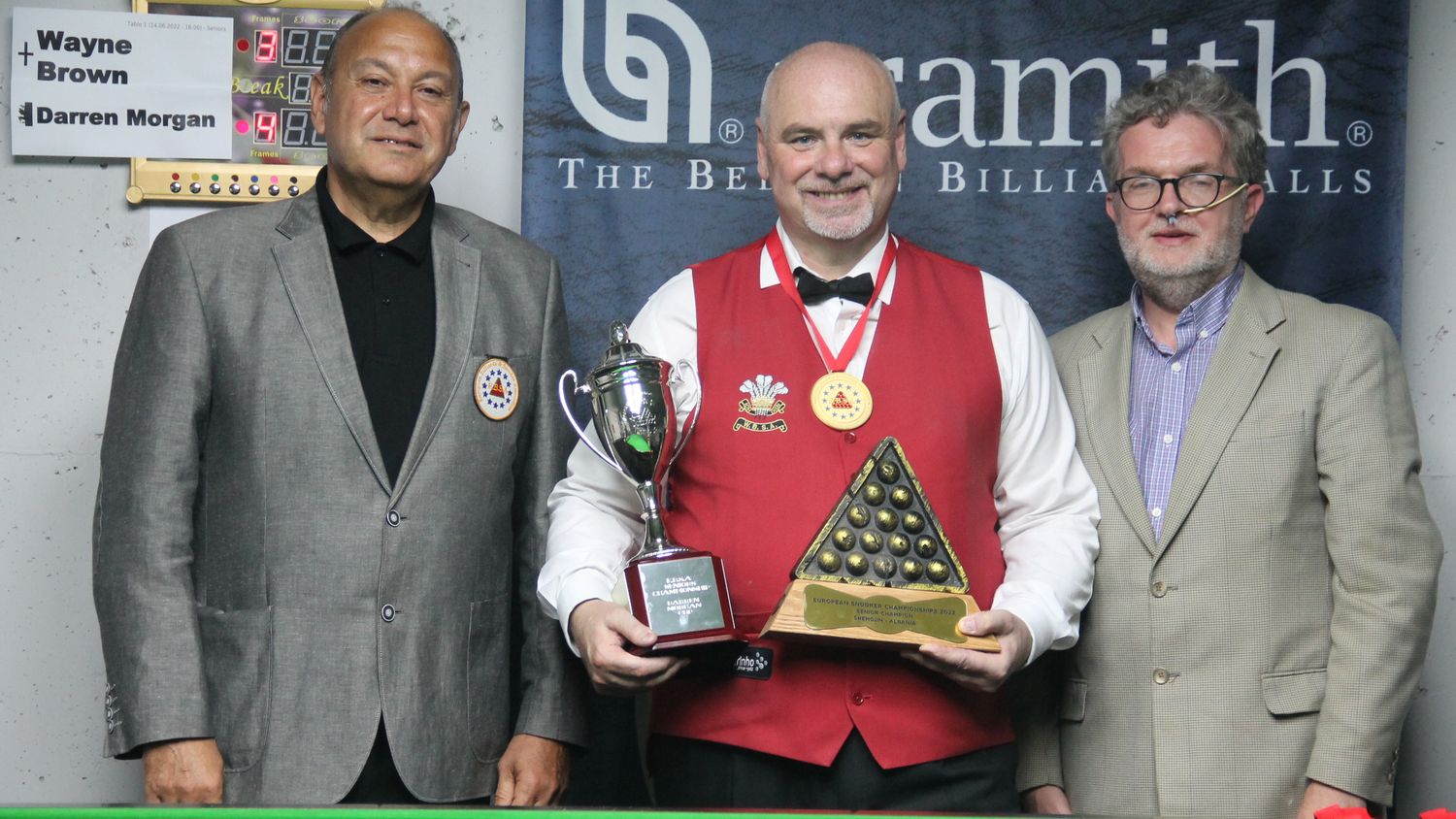 Morgan and Brown were both awarded by EBSA with a nomination to take part in the World Games that will take place in America next July.

«Was very hard. I’m feeling very tired. It was very difficult», told as the aged 56 Welshman, after getting the cup and retaining the European title for a record 12th time. Almost unreal longevity in the sport.

A legendary legacy and astonishing benchmark. England’s Shaun Wilkes scored the top break in Seniors event, with 128 points, and got hiz prize too, as well as both semifinalists placed 3rd in the event, Malta’s Duncan Bezzina and Belgium’s Peter Bullen