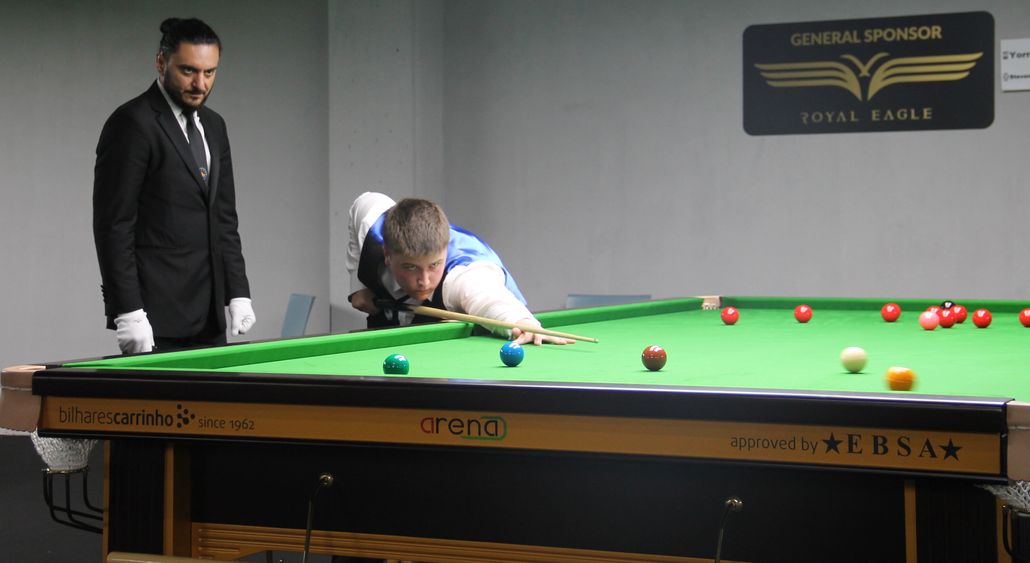 Scottish Steven Wardropper performed the second century so far at the 2022 EBSA European Snooker Championship at Shengjin’s Delfin Resort U18 event with a break of 137 points on Frame 2 of his match facing Belgian Yorrit Hoes which he eventually claim in the end winning by 3 Frames to 0.

Aged 14, Steven Wardropper came to 2022 European Snooker Championships with a competition break of 146 points as his best (136 points break in practice) and finished his visit to the table with a scores just 9 points behind his best break ever but with the new benchmark as this year’s championships best so far.

Wardropper overcomes the 101 points break performed by Welshman Liam Davies also in this Tuesday afternoon U18 round-robin matches and it’s the second century the fans could see at Shengjin.