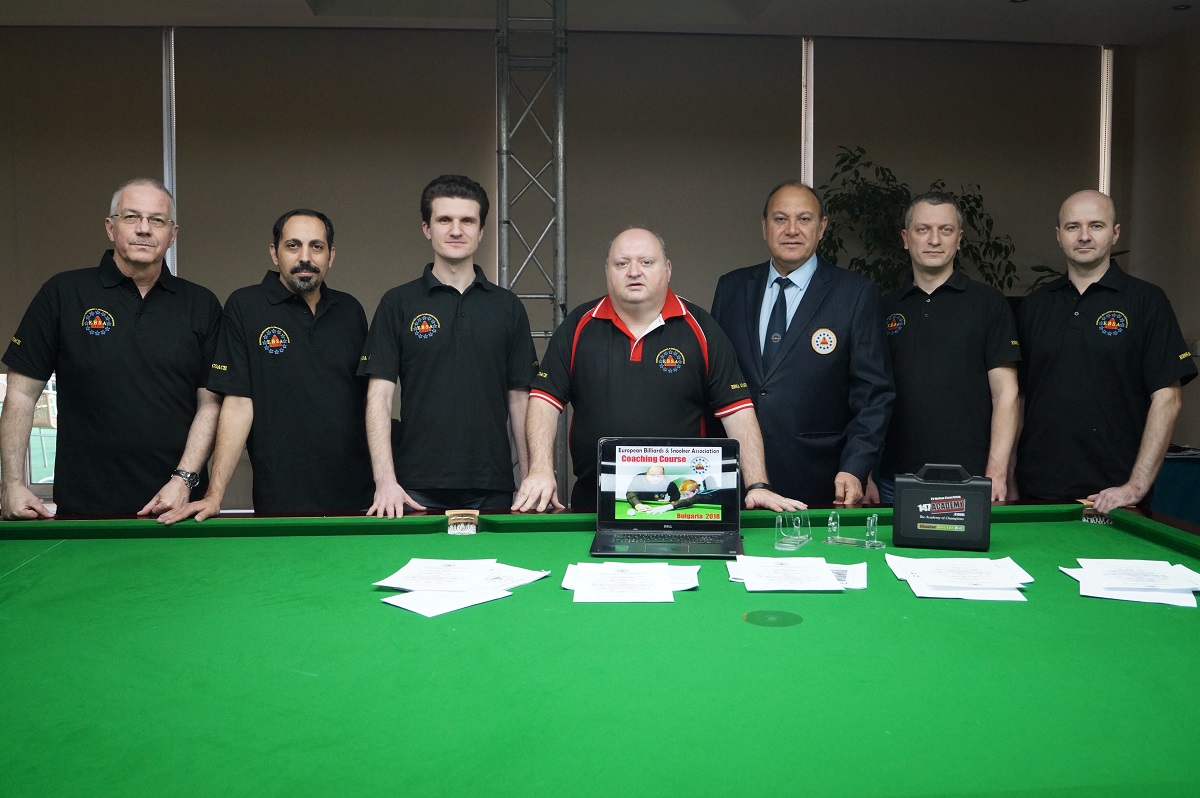 This EBSA Coaching Course is only open to recognised coaches who are approved by their own National Governing Body and the five coaches who were nominated were Bogdan Gamalet (Romania), Aleksandr Bissekerskij (Lithuania), Anton Barmin (Lithuania), Sergei Vasiliev (Belarus) and Roni Ben Dayan (Israel) 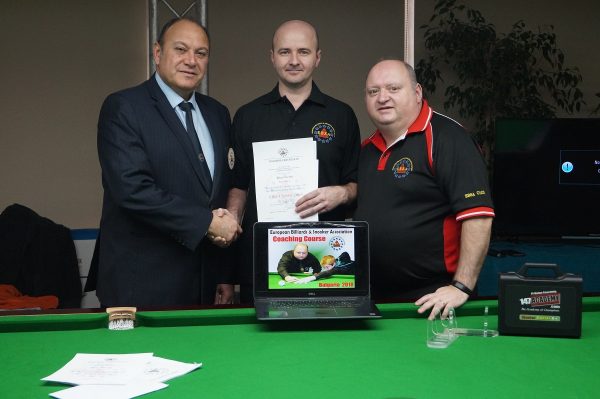 PJ said ” It was an honour to train and qualify the five new coaches. All five are very passionate about the game and I hope the new structure will help them promote the game in their country. 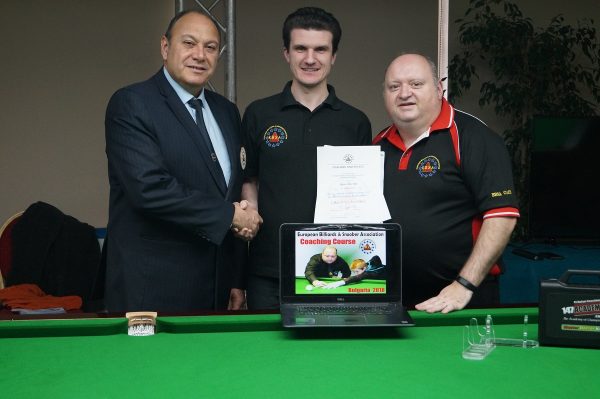 This Coaching course in Bulgaria covered all aspects of the game from Planning Sessions, Designing Routines, Role of a Coach, Sports Psychology, Rules of the Game, Practice Exercises, Written Records, Safety Play, Shot Selection, Oral Assessment, Preparation for Match- Play, Physical and Mental Etiquette and on the final day they completed the EBSA coaching written exam. 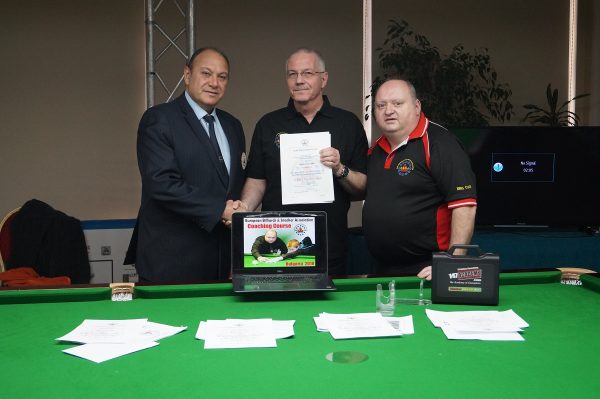 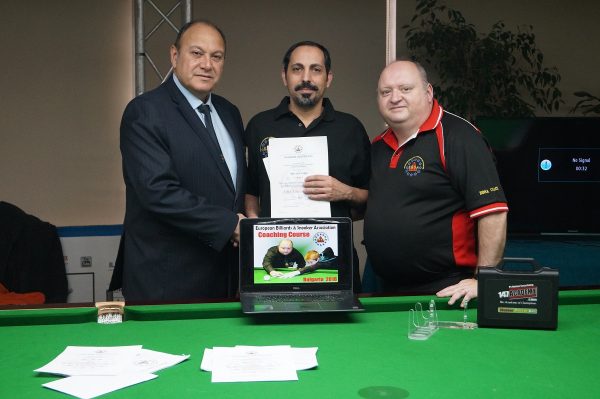 Another EBSA Coaching Courses will be held on the 8th, 9th and 10th of February here in Bulgaria with EBSA Asistant Coach Bratislav Krastev to qualify another six coaches. 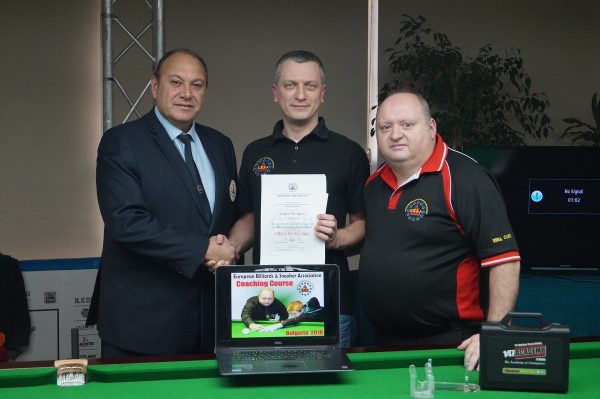