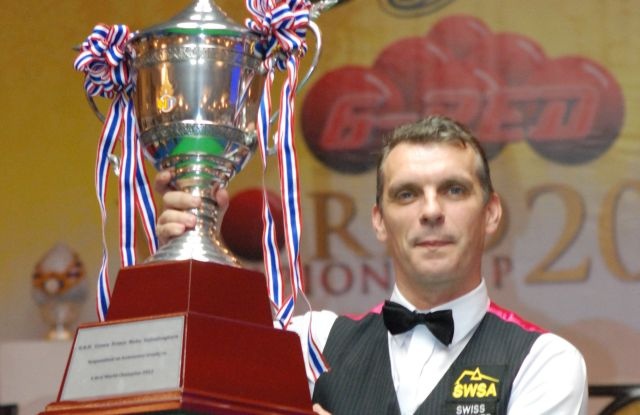 The SangSom 6 Red World Championships will take place yet again this September from the 1st to 6th in Bangkok, Thailand and the EBSA have received four places again this year for it’s players.

We will be holding the usual qualifying event at the European Championships in Sofia in June for the event which is going from strength to strength with SangSom guaranteeing a 33% rise in prize money this year. This years champion will take home 2.5 million baht (approx €56,000) with even the first round losers going home with nearly €700 to cover travel costs.

Once again, the 2014 6-red World Championship will be sanctioned by World Snooker, which means that there will be no other world professional tournaments being held during the same period. Last year, the event had as many as 12 out of the Top 16 players on the world professional ranking list participate in the tournament and they are looking forward to having more world-class players in this year’s world championship.

The 2013 6-red World Championship which was won by Mark Davis (Pictured) had 20 hours of live broadcasts on Eurosport plus another 40 hours of live coverage on the Thai national cable TV network TrueVisions, while the final match was also beamed live on terrestrial television NBT. These telecasts received tremendous feedback in Europe, Africa, Asia and Oceania.