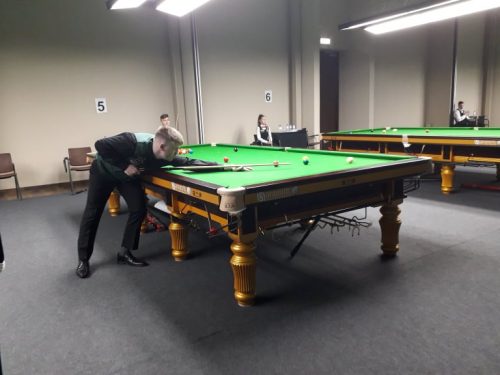 Irish player Aaron Hill scored a remarkable break of 131 in frame four of the match against Rhys Morgans from Wales yesterday. The defending 2019 U18 European Snooker Champion later claimed the match in the deciding frame (3-2).

It was the one and only century featured by the 70 contestants in Albufeira’s first day of competition and showed the world the defending champion is not ready to give up his crown to anyone else.

In Group A, Aaron Hill, aged 18, is confortable to go through to the knock-out stages, and after this Sunday morning’s matches it’s still the singular three digits break scored in this U18 European Snooker Championships. 97 points is the second best break of the tournament so far and was achieved by Ukranian Anton Kazakov.