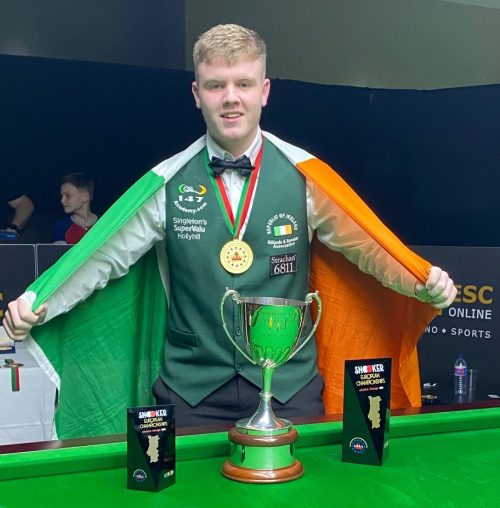 The 18 years old Irishman got the nomination from EBSA to WPBSA to play the main tour with the pros for the next two seasons and gets two out of two titles already awarded at the Salgados Palace Hotel event.

Hill beat England’s Hayden Staniland by 5 frames to 2 in the decisive match and gave Eire their second title on Portuguese soil after a remarkable run of 17 wins in a row in both events. Couldn’t be more successful defending the U18 2019 European Snooker champion title: now he doubled it.

Noel Landers, also from Ireland, got the trophy for the best break of the U21 event, 114 points, while Frenchman Brian Ochoiski and Belgian Ben Mertens their own bronze medals.