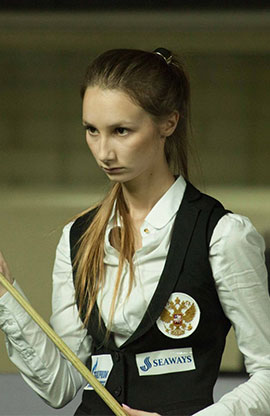 There were some great matches last night with some significant results, none more so that the quarter final victory for Russia’s Anastasia Nechaeva who had a 4-1 win over Wendy Jans of Belgium who has won this event for the last six consecutive years and 12 times overall.

The 26 year old Russian set herself up in a semi final this morning against Latvia’s Anna Prysazhnuka and now Nechaeve looks the one to beat, but also two fine performances from the two German girls Diana Stateczny and Linda Erben sees an all German semi final, with the final to come later this afternoon.

Today we will have LIVE interviews.