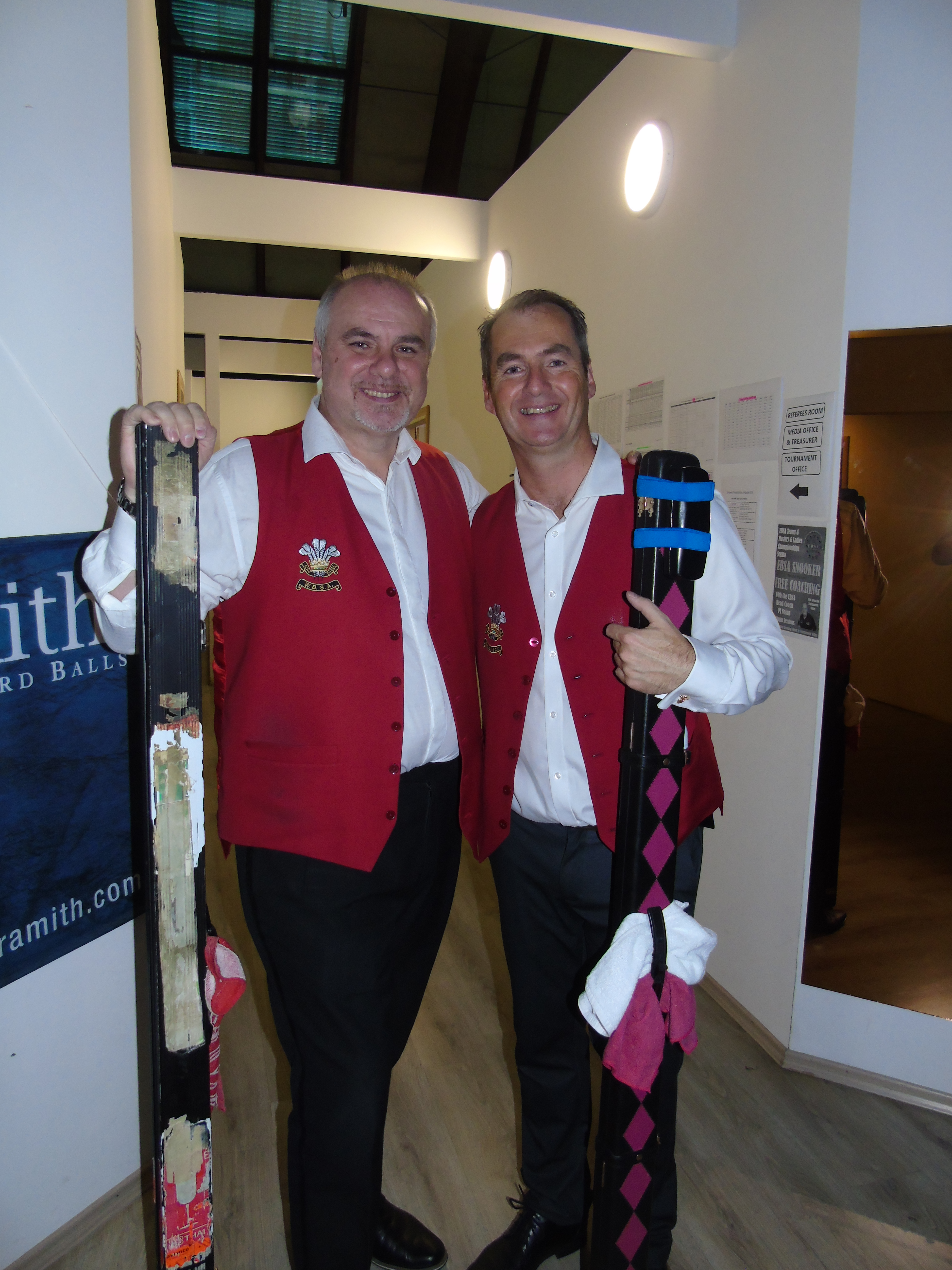 Don’t be fooled by the smiling faces, the minute these two brothers Darren and Wayne Morgan get on the green baize it will be all out war.

Nothing will be left in the dressing room, there will be no prisoners taken and as Darren looks to defend his European Masters title, his brother Wayne would like nothing more than to knock him off that pedestal.

The two boys start off the knockout of the European Masters on the Show table (Table 1/Video) and the match will be streamed live here at ebsa.tv

Tomorrow there will be a fantastic line up of knockout matches in the Masters and the Ladies Individual European Championships, but the moment belongs to Wales and the Morgan brothers may the best Brother win!