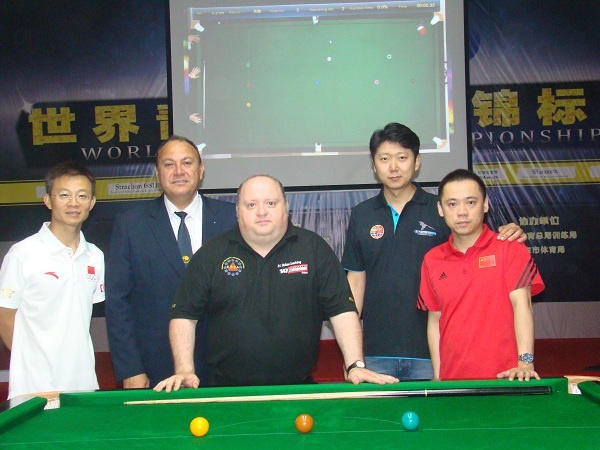 EBSA Head of Coaching PJ Nolan was invited by the Chinese Billiards Association to use the brand new training academy program used by the top players and coaches in China.

PJ who is also a World Snooker Coach is one of the first Europeans to use this state of the art training software that is used by all the Chinese players in the CBSA / WBPSA Coaching Academy in Beijing.

PJ said that the Chinese Association have designed fantastic software in helping a player perfecting certain shots with the use of hardware similar to hawk eye. The Chinese coaches believe this is key in developing more world class stars of the game in China.

The Chinese National Coaches were also on hand to view PJ’s own coaching and training programs and they were very impressed with the alignment laser and his specific practice routines. PJ will now coach in the Academy in Beijing from the 14th to the 19th of July and he is already booked up his schedule with countries from all around the world looking for sessions.

Maxime Cassis Chairman of the European Billiards & Snooker Association is delighted that the EBSA have impressed the CBSA with PJ’s coaching skills and method and the future looks good for more involvement with the CBSA. 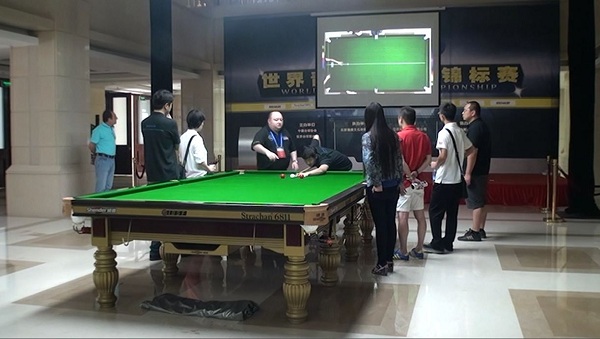