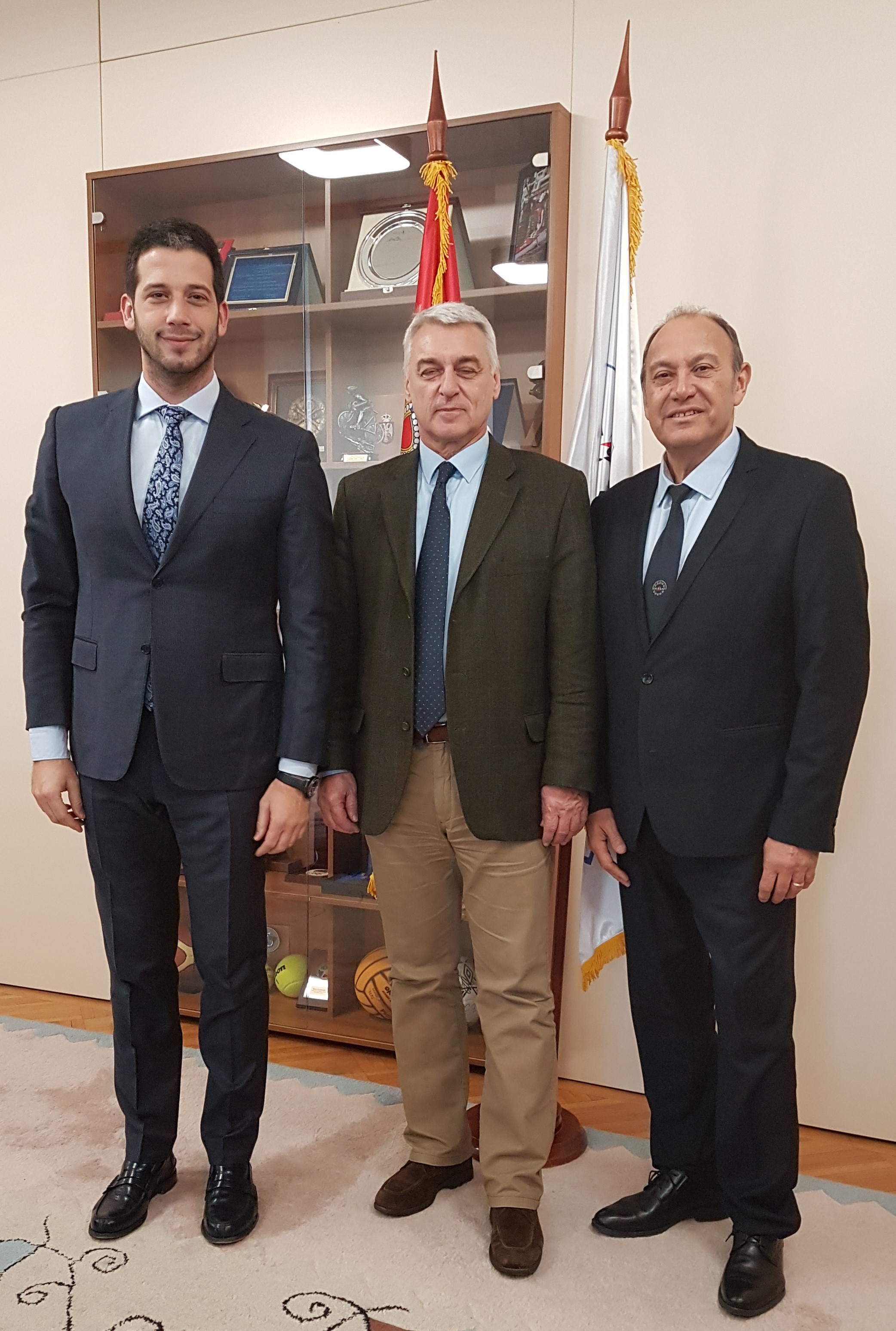 EBSA Chairman Maxime Cassis is currently in Belgarde (Serbia) where he had a meeting yesterday afternoon with the minister of Sport Mr. Vanja Udovicic for the preparation of the next European 6 Reds & Teams Snooker Championships in Belgrade end of May 2019.

Mr. Vanja Udovicic is a Great Sportsman, he was captain of the National team of waterpolo and now as minister of sport, he’s bringing big support to non-olympic sports in his country – Big fun of Snooker, he said he always watch snooker on Eurosport. He was delighted to see his National Snooker Federation hosting a European Snooker event and promise to bring all his support to make that event one to remember.

Mr Cassis also met with the Head of the Federation for Snooker Serbia Mr Vladimir Kolakovic.