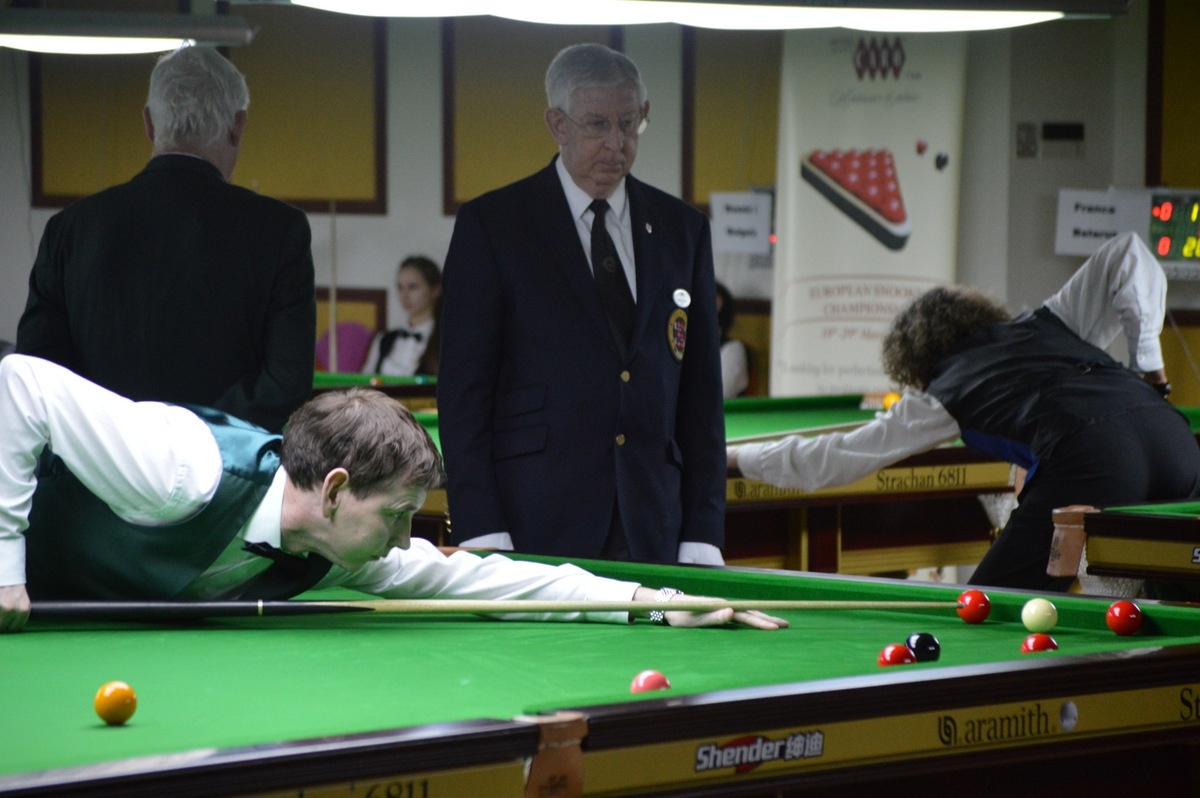 Mark Tuite and Anthony Bonnar of Ireland beat Alan Trigg and Oleksii Dobrovolskyi of the Ukraine 4-1 just now to reach the semi finals of the Master Event.
The defending champions have now extended their winning run to 16 matches since Bor, Serbia last year and they will now face Wales 2 in the semi final tomorrow morning.
They also continued their good run in the Scotch Doubles with a great 73 break to add too their previous tallies.
In the other quarter final in the top half of the draw Wales 2’s team of Wayne Morgan and Peter Roscoe overcame Wales 1’s team of Darren Morgan and Elfed Evans in their encounter tonight by four frames to 1.
Everyone was expecting a Morgan in the final but it will be Darren’s younger brother Wayne (Pictured) who will be facing Ireland tomorrow.