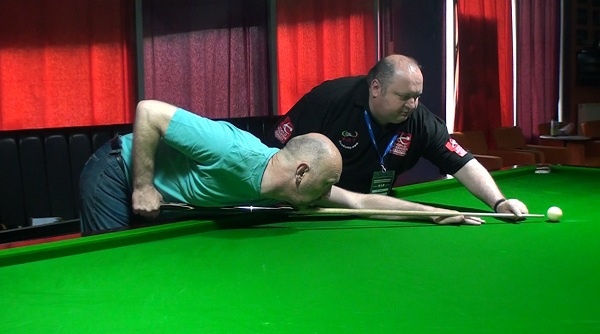 This morning PJ worked with Kenneth on improving his address position on line. He also practiced some of PJ’s training routines to improve his cue ball control. 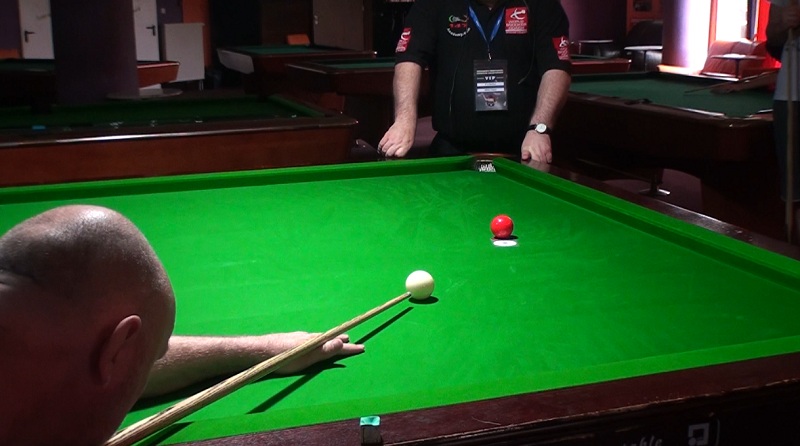