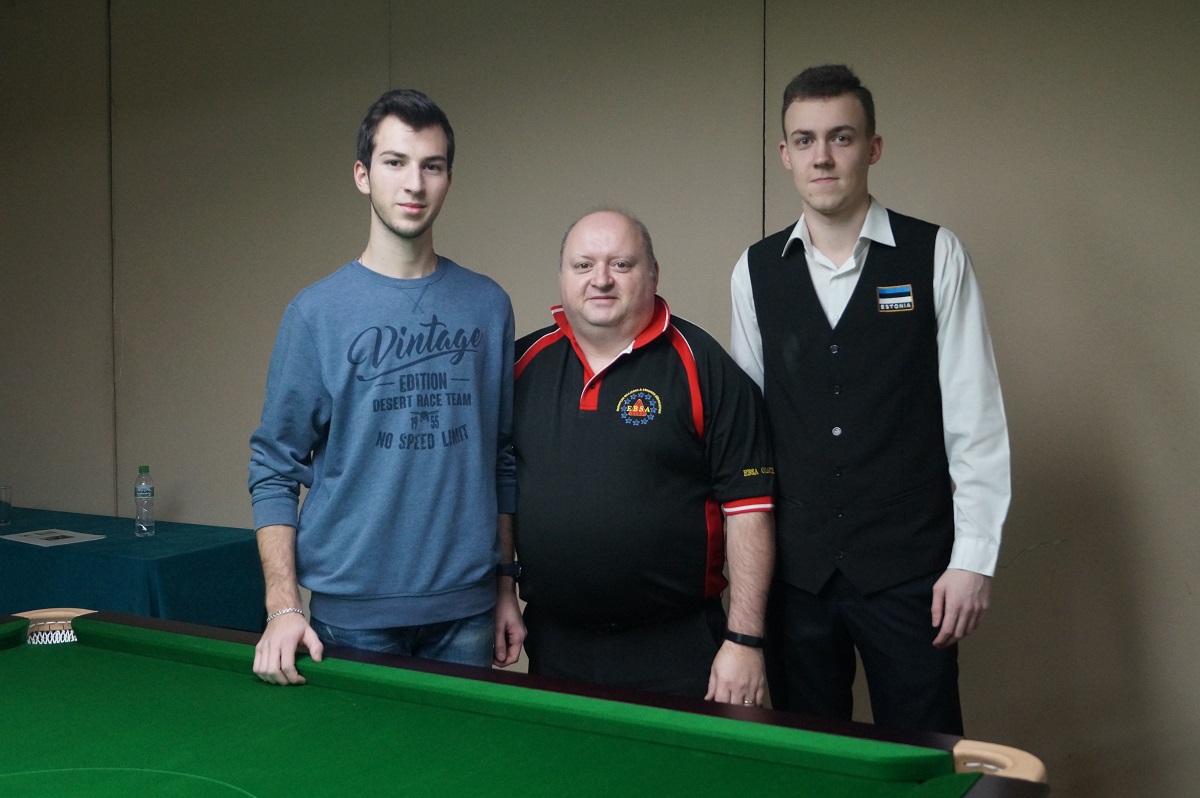 EBSA Coach Head Coach PJ Nolan held his fourth EBSA Coaching Zone tonight with players from Slovakia and Estonia. During the 2018 EBSA Snooker Championships. PJ will conduct cue zones for the players and the coaching is free of charge from 10am until 12 noon on the 11th, 12th, 13th and 14th of February and there is a sheet to book your place in the Tournament office.

Martin Kollar from Slovakia and Andres Petrov from Estonia attended tonight and PJ worked on their Break Building skills, Safety Play and match-play. Both players really impressed PJ with their talent and commitment during the cue zone.

If you would like to become an EBSA Official Snooker Coach, first step is to get your National Governing body to write to the EBSA to nominate you to apply to hold a course. For more information on the coaching Click on ” Coaching ” on www.ebsa.tv web site or email PJ on pjcoach147@hotmail.com