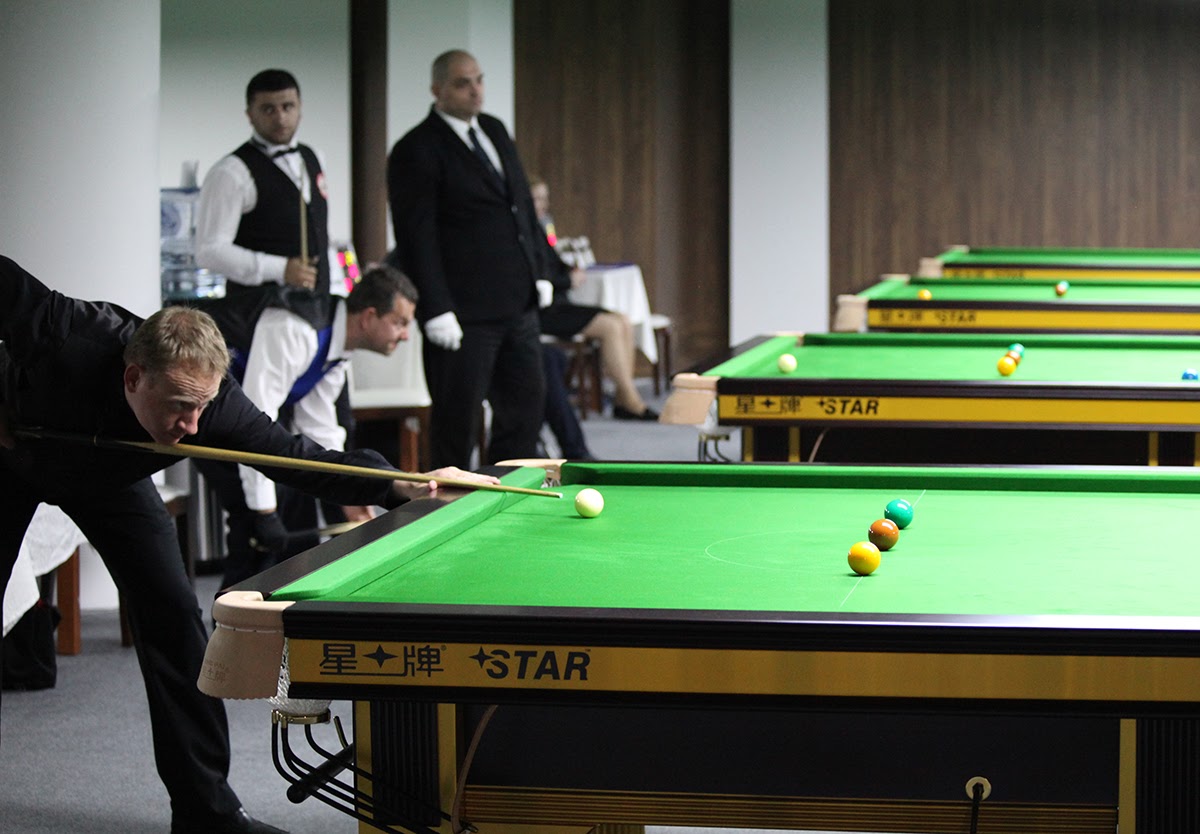 The first day of the tournament was a busy one with six sessions and 16 groups playing.  The six reds format does enable some quick results in best of 7 frames matches and we have now reached the knock out stage which starts at 10 am local time on Thursday.

There are 15 countries represented in the last 32 with both Poland and wales having 5 players each.  Germany has 3 players and there are 6 countries with 2 players including hosts Albania.

Defending champion Mateusz Baranowski of Poland is in the mix together with Wayne Brown from England who reached the semi-final last year.  Darren Morgan of wales as the current ibsf world 6 reds champion is also likely to feature in the later stages.

By the end of play on Thursday we will know the 4 semi-finalists who will play in the climax of the tournament on Friday.