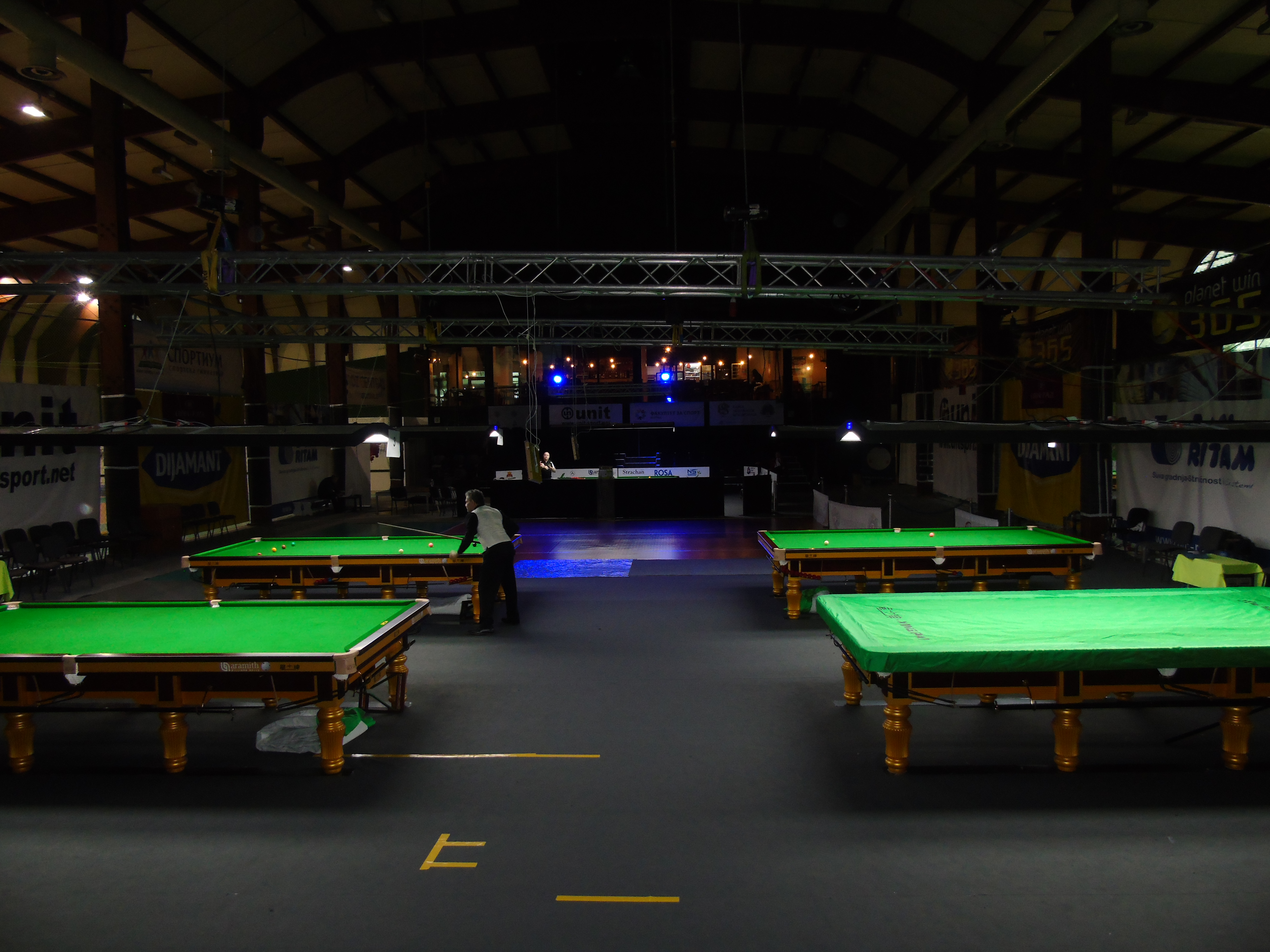 Today we revert back to the singles in the Ladies and Masters European Tournament. It is moving day and the groups will be decided.

After day one of the singles in the Ladies and the Masters Championships of Europe there are patterns already arising as the top players command their groups.

Tony Drago has come to Belgrade in great form and thankfully in great shape and he has brought that type of form to the table winning his first two opening games.

Darren Morgan the Master defending champion is also in great form coming off his Welsh National Championship victory a month ago and Morgan looks like he could be the man to beat yet again.

Other players like the EBSA European Snooker Open Champion Krisjan Helgason is going well as is Lee McAllister and Alan Trigg who look solid in all formats so far.

In the Ladies event Wendy Jans is going for an unprecedented 7 in a row. Is there any other individual in any other sport at European going for 7 European titles in a row? The answer is NO, what an achievement.

Also off to a flier are Anna Prysazhnuka from Latvia, Malgorzata Sikorska from Poland, Diana Stateczny from Germany and Dalia Alska of Poland.

Also today keep up with various Interviews with the Players on EBSA Facebook’s Official Page https://www.facebook.com/OfficialEBSA