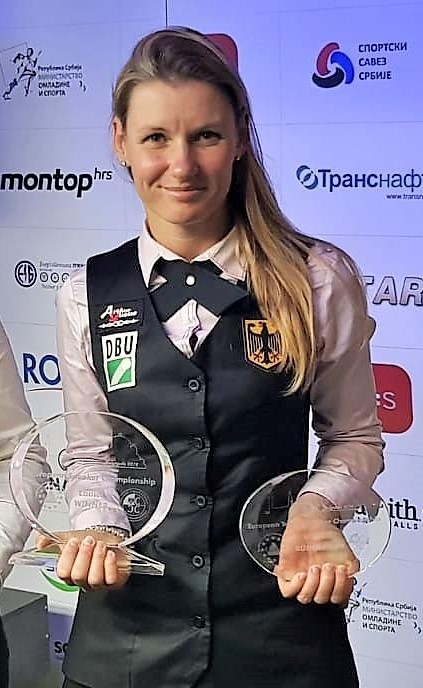 The match became a very tactical affair, but when it came to potting opportunity Diana was the dominant performer.

Well done Diana and Congratulations for everyone in the EBSA