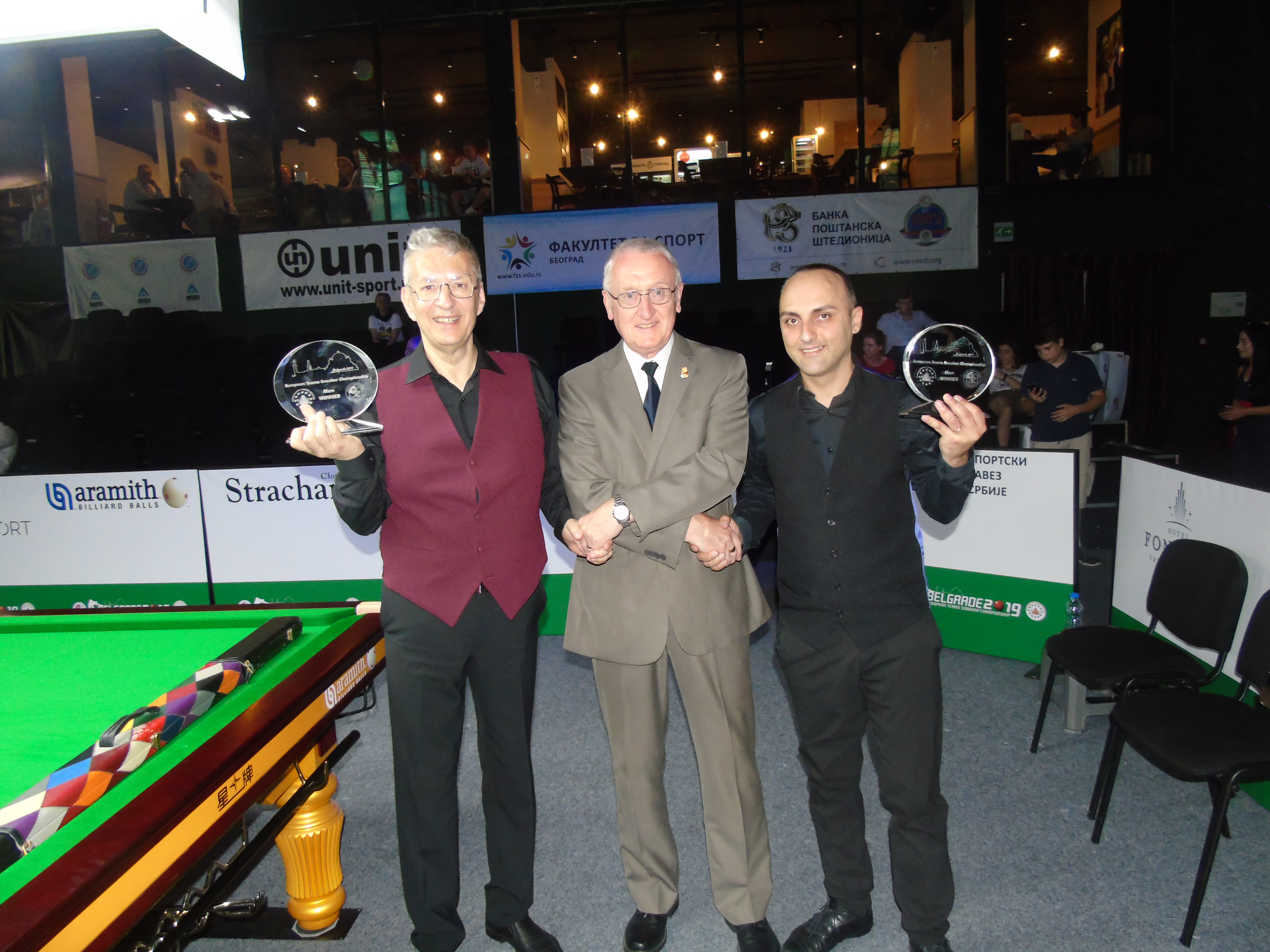 Malta’s Tony Drago and Duncan Bezzina are the 2019 EBSA European Men’s Team Champions after their victory over Poland this afternoon here in Belgrade.

In what was a pretty tight final the Maltese got of to a flier with an opening winning frame , but immediately Poland hit back through Mateusz Baranowski to level the final at 1-1.

Malta then put two frames together to lead by three and just one frame from victory, but again Baranowski and Tomasz Skalski fought their way back into this final.

With the game evenly balanced and a lot of very good safety on the yellow ball eventually it fell to Drago who hit the wildest fluke of the tournament at a crucial time to set up the eventual victory.