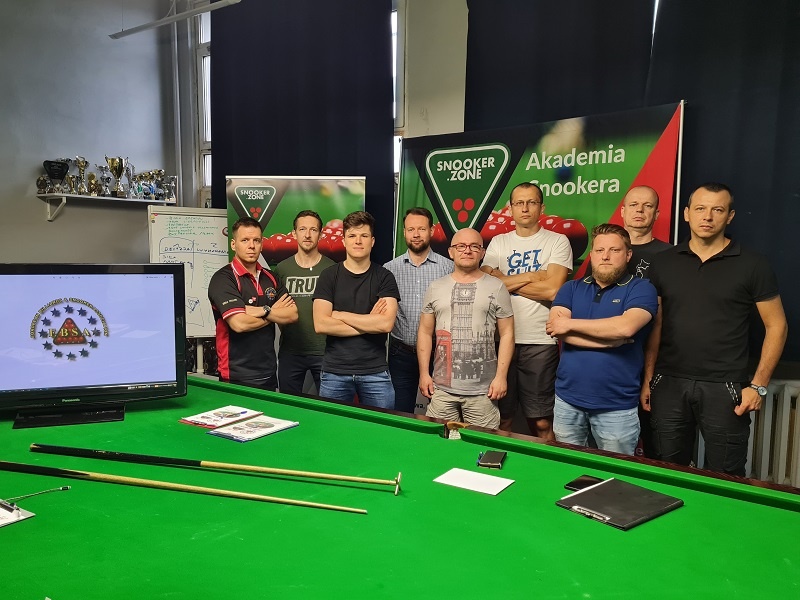 Assistant Head of EBSA Coaching Mateusz Nowak held an EBSA Coaching Course from the 2nd – 4th of July to train eight coaches on behalf of the European Billiards & Snooker Association in becoming Official EBSA Snooker Coaches in the city of Warsaw in Poland.

The EBSA Coaching Course is only open to recognised coaches who are approved by their own National Governing Body and the Polish Snooker Association (PZSiBA) nominated Adrian Czapnik, Michał Nowak, Mateusz Baranowski, Michał Zakrzewski, Janusz Kopischke, Waldemar Dębski, Michał Micherdziński and Kamil Szubarczyk to attend this training course which was held in the first snooker academy in Poland – Warsaw Snooker.Zone. 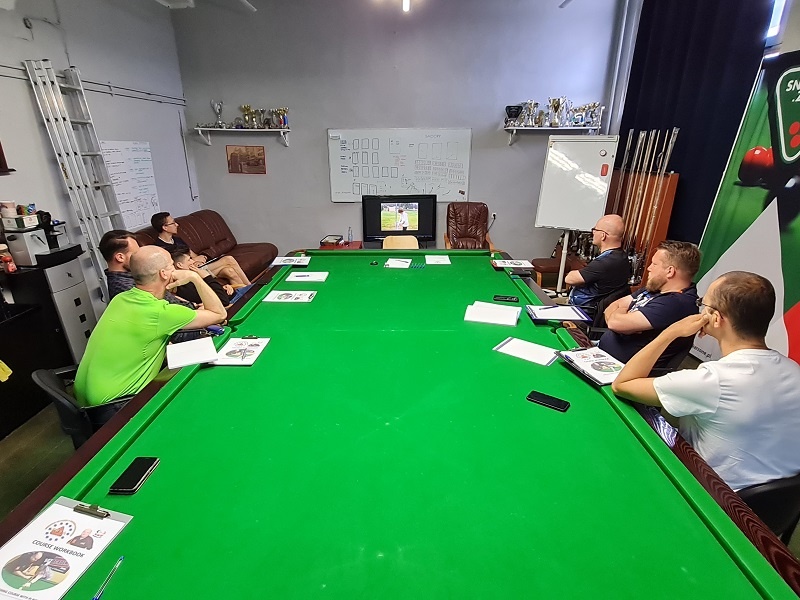 Mateusz said „I am delighted with the great interest in the coaching course. We have worked very hard and I hope that the great involvement of the new EBSA qualified coaches will contribute to the development of snooker in Poland”

The EBSA Snooker Coaching syllabus includes a practical exam as well as verbal and written exams covering all the techniques and skills of coaching the game of snooker. This Coaching course in Poland covered all aspects of the game from Planning Sessions, Designing Routines, Role of a Coach, Sports Psychology, Rules of the Game, Practice Exercises, Written Records, Safety Play, Shot Selection, Oral Assessment, Preparation for Match- Play, Physical and Mental Etiquette and on the final day they completed the EBSA coaching written exam. 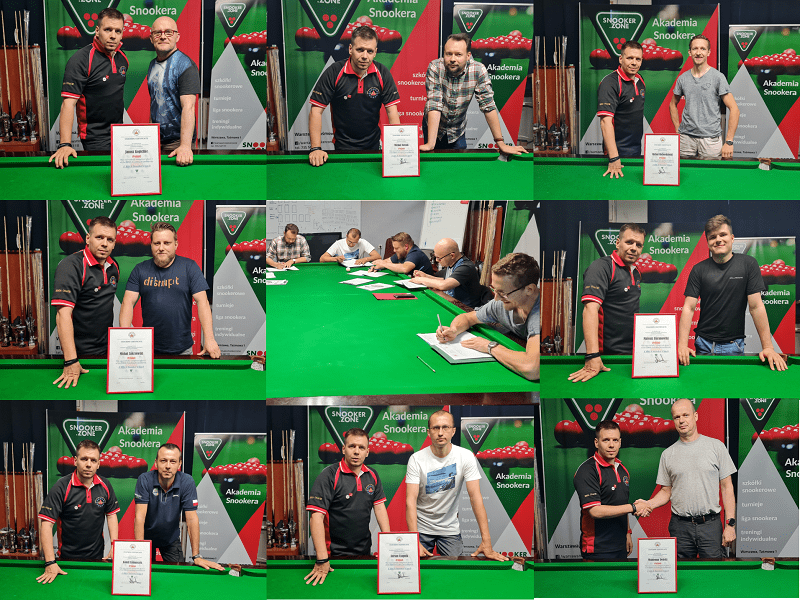 The coaches will now begin their probation period where they will complete all the necessary assignments in Poland to graduate in becoming a fully accredited EBSA Coach later on this year.