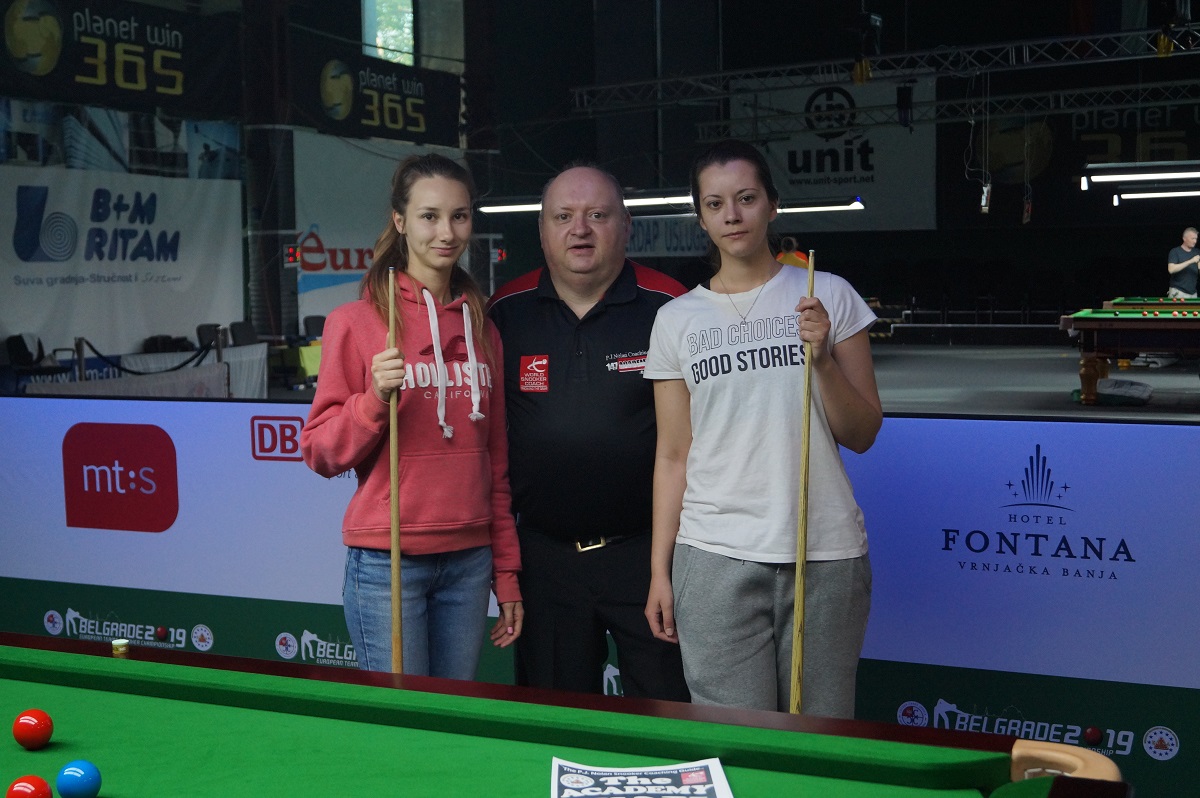 The fifth EBSA Cue Zone was held this morning in the Crowne Plaza Hotel Belgrade in Serbia with EBSA Head of Coaching PJ Nolan on the 6th of June at the 2019 European Teams & Masters & Ladies Snooker Championships.

PJ worked with two incredible talented lady players in Anastasia Nechaeva from Russia and Anna Prysazhnuka from Latvia plus Master player Andrej Maksimov from Lithuania this morning. All three players this morning really impressed PJ with their commitment and all the players said they really enjoyed their lesson this morning with PJ.