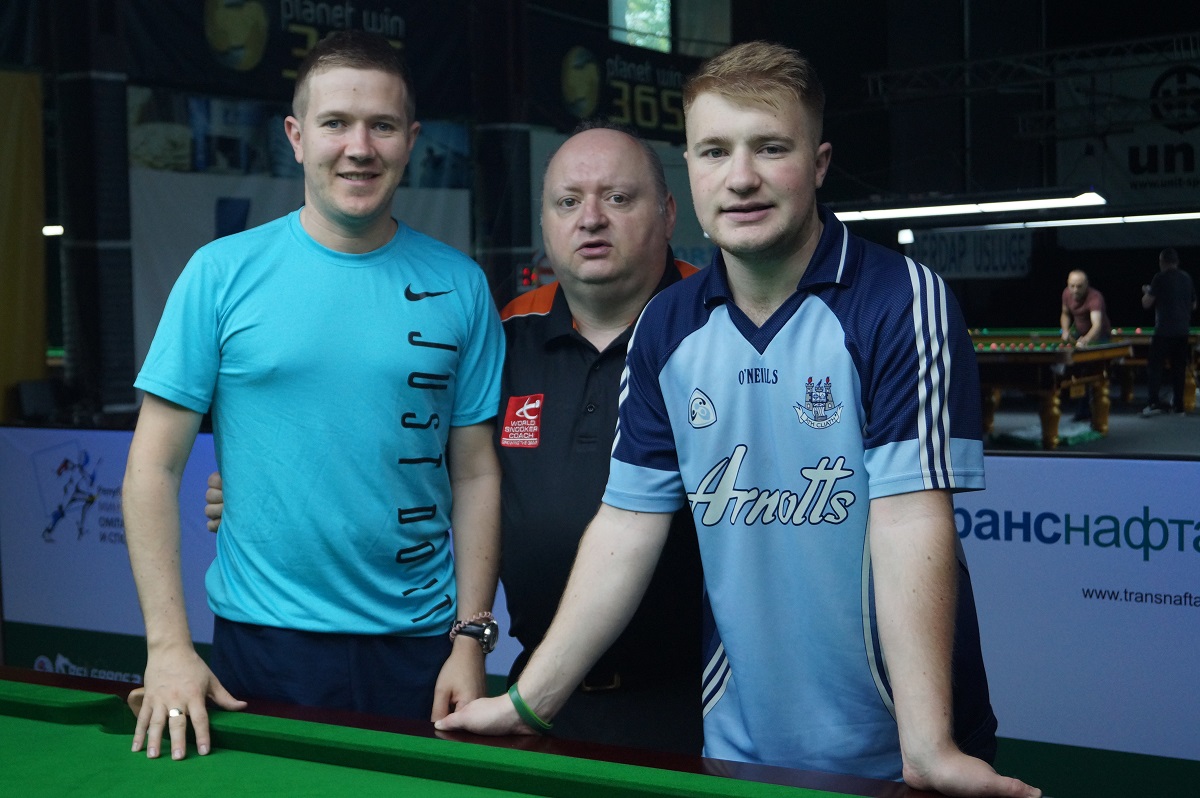 On the 7th of June at the 2019 European Teams & Masters & Ladies Snooker Championships here in Serbia, the sixth EBSA Cue Zone was held in the Crowne Plaza Hotel Belgrade with EBSA Head of Coaching PJ Nolan

PJ worked today with Ireland’s Stephen Bateman and Brendan O Donoghue plus French player Rene Vaxelaire. All three players this morning really impressed PJ with their commitment and all the players said they really enjoyed their lesson this morning with PJ.

Maxime Cassis EBSA President ‘’ said that the cue zones are a vital part in our development of the sport and we are delighted to have PJ holding 8 EBSA cue zones to help our players improve their games.