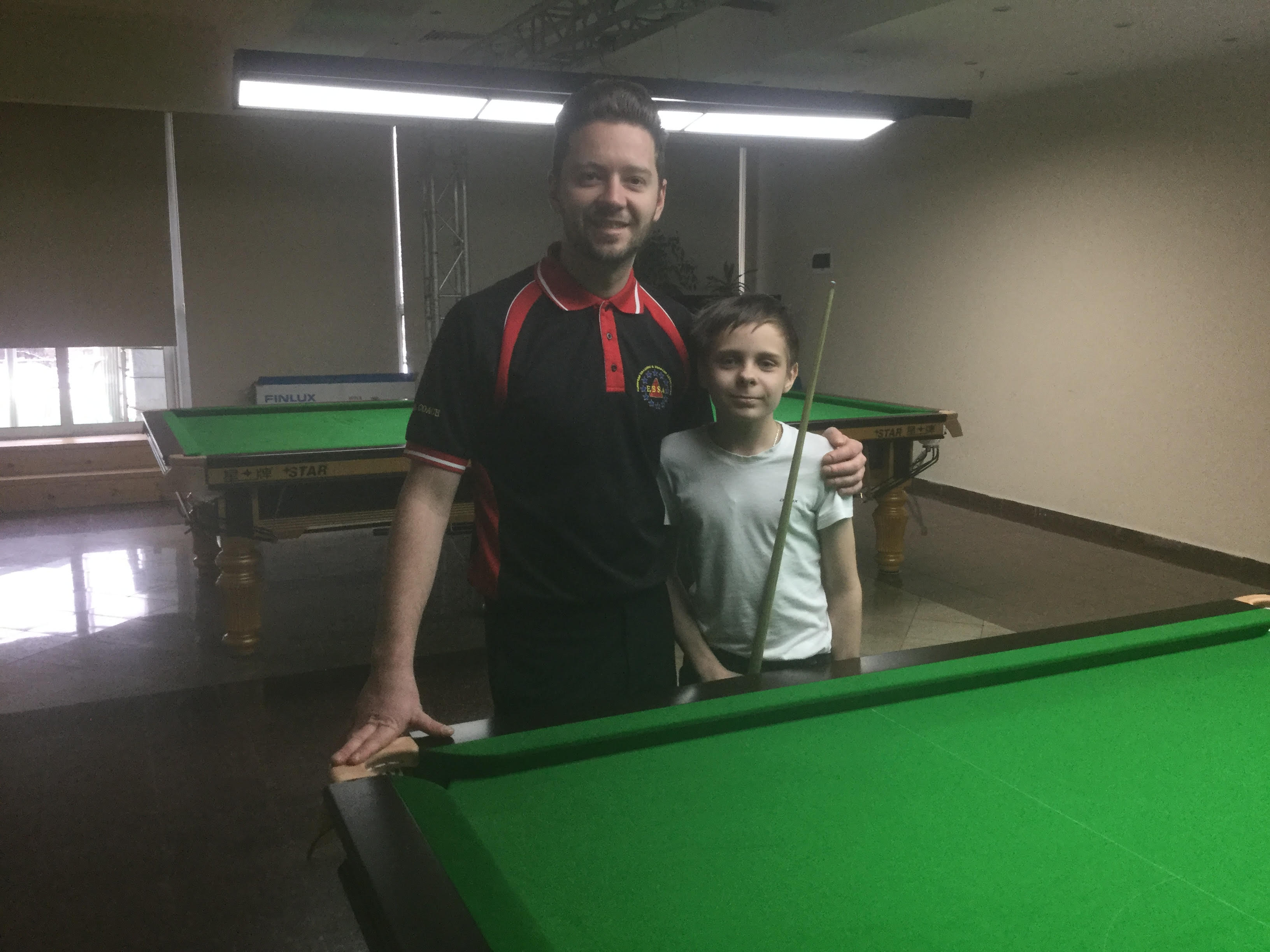 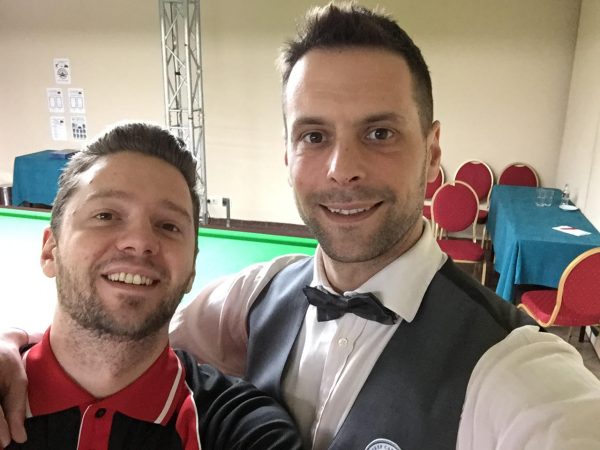 Day Two of the EBSA Coaching Zone with EBSA Assistant head coach Bratislav Krastev was held with Ukrainian player Anton Kazakov and Serbian player Dušan Knežević in the Ramada Hotel in Sofia Bulgaria. This afternoon Brando worked with Dušan and Anton on how to open the pack of reds, positional play, safeties, coming in on line and general technique.

Coaching is available free of charge from 10am until 2pm on the following dates: February: 13th, 14th.

For more information on the coaching Click on ” Coaching ” on www.ebsa.tv web site.