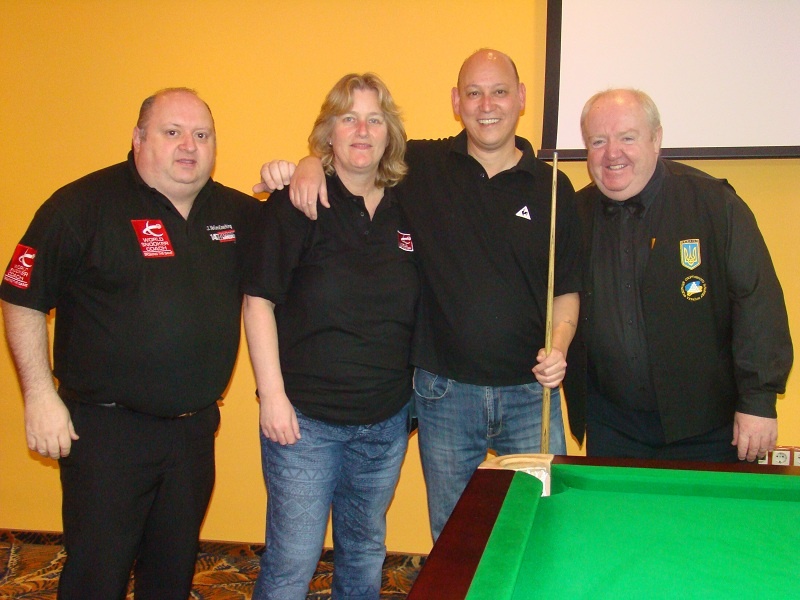 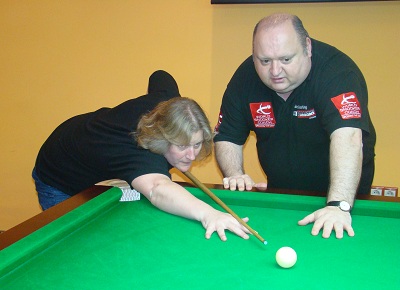 PJ and his team of EBSA Coaches will conduct free sessions for the players to learn the skills of the game.

This morning it involved players Kevin Chan & Manon Melief from the Netherlands who had training in the Caro Hotel here in Romania.

This morning PJ worked  with the players on how to how to improve their Break Building.