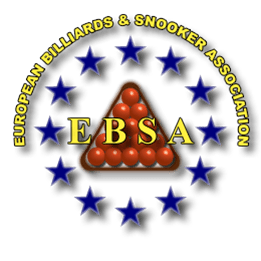 Mr. João Paulo Rebelo welcomed the EBSA delegation and said to be very happy to learn that EBSA has decided to set up new offices in Lisbon and congratulated them for organising the next European Snooker Championships in Albufeira in October 2021. He promised to do his best to attend the opening ceremony.

Ricardo Salgado, EBSA Vice-president and President of the Federação Portuguesa de Bilhar (FPB) said: It is a great honour for FPB to host EBSA offices in our premises in Lisbon. I am convinced that this will help the FPB develop the promotion of the Snooker Game in Portugal especially with our junior players. In addition we are proud to have as a new member of our federation Mr. Maxime Cassis the president of the EBSA.

On behalf of the EBSA board and its members, I would like to thank the FPB for their very generous support to EBSA. We know that ‘Billiard Sport’ and Snooker in particular has been actively developing lately in Portugal. Our decision to choose Portugal/Lisbon was based on time-proved and friendly relations with the FPB having been our member since many years and having organised an impressive Professional Snooker Open back in 2014 and especially a very successful EBSA European Snooker Championships in 2020.

I am personally thinking to retire in your beautiful country and as a new member of the FPB I will help them in their local promotion the best I can.