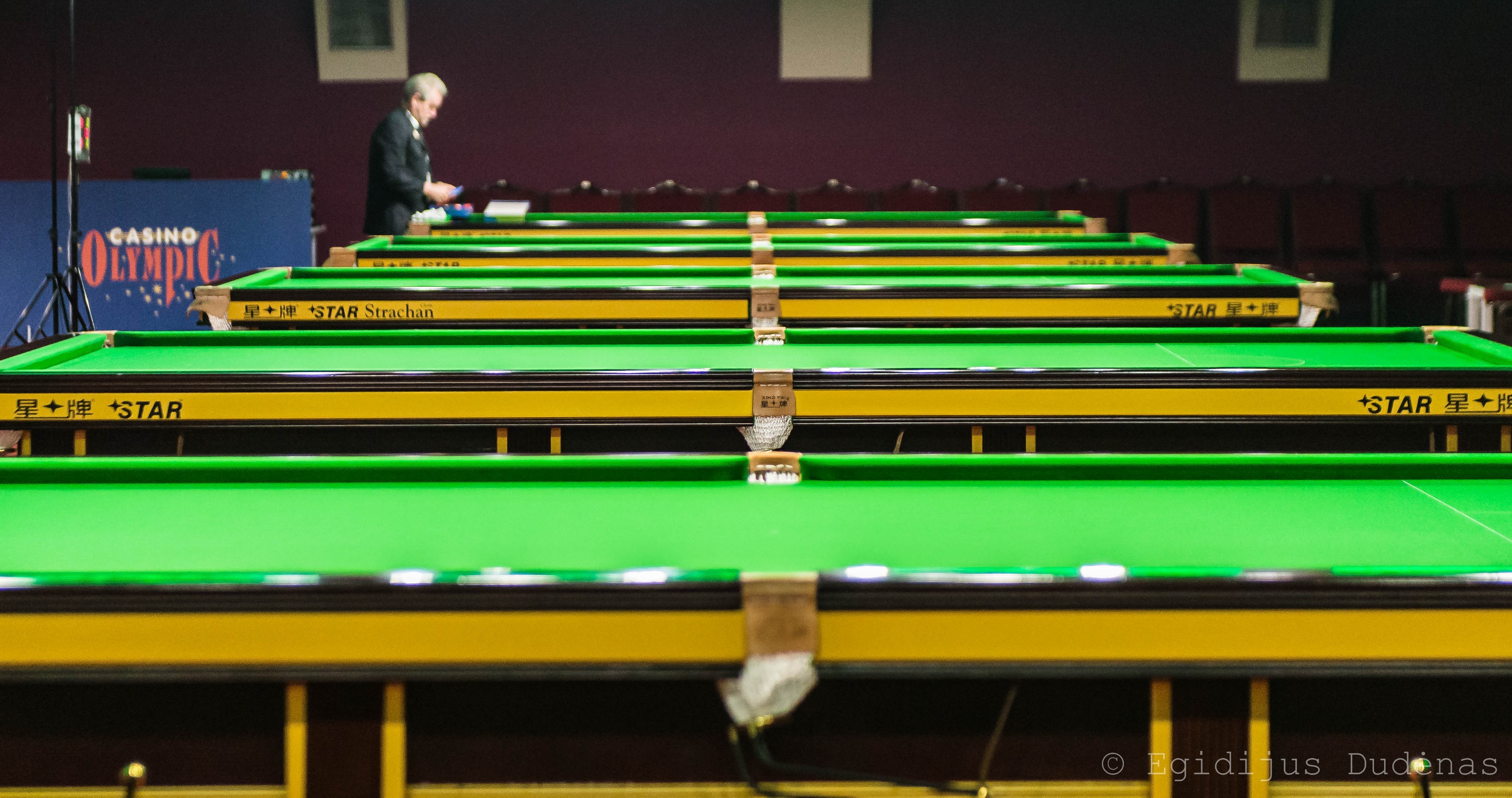 The start of the European Snooker Championship was marked by the first game of the 6 RED discipline. Out of the four group players only two best ones will make it into tomorrow’s play off tournament.

The second match of the A group between the Albanian sportsman D. Maknori whose practice break is higher than 130 and a young Belarusian player V. Kalinovski whose practice break reaches 55 has presented quite a surprise. Maknori, having won only one frame, lost the remaining four. However, he got back on track in further games and unlike V. Kalinovski passed on to tomorrow’s play off.

Even though he did not pass onto the play off tournament, K. Afanasjev also did great in the group tournaments. He has managed to win quite a difficult match with a strong Welsh player A. Taubman, whose best practice break reaches a perfect score of 147 points. Having lost the first three frames with by quite a lot, K. Afanasjev, whose practice break is 50, finally gained leverage and managed to win the next four frames in a row.

One of the best group games was demonstrated by a Belgian sportsman named W. Jans. The player managed to quite easily beat the Russian sportsman M. Tereknov and an experienced player from Malta J. Attard by a score of 4:1.

As the tournament games have lasted all the day through till the late evening, the players will be taking their time to regain strength for the upcoming play off game tomorrow.