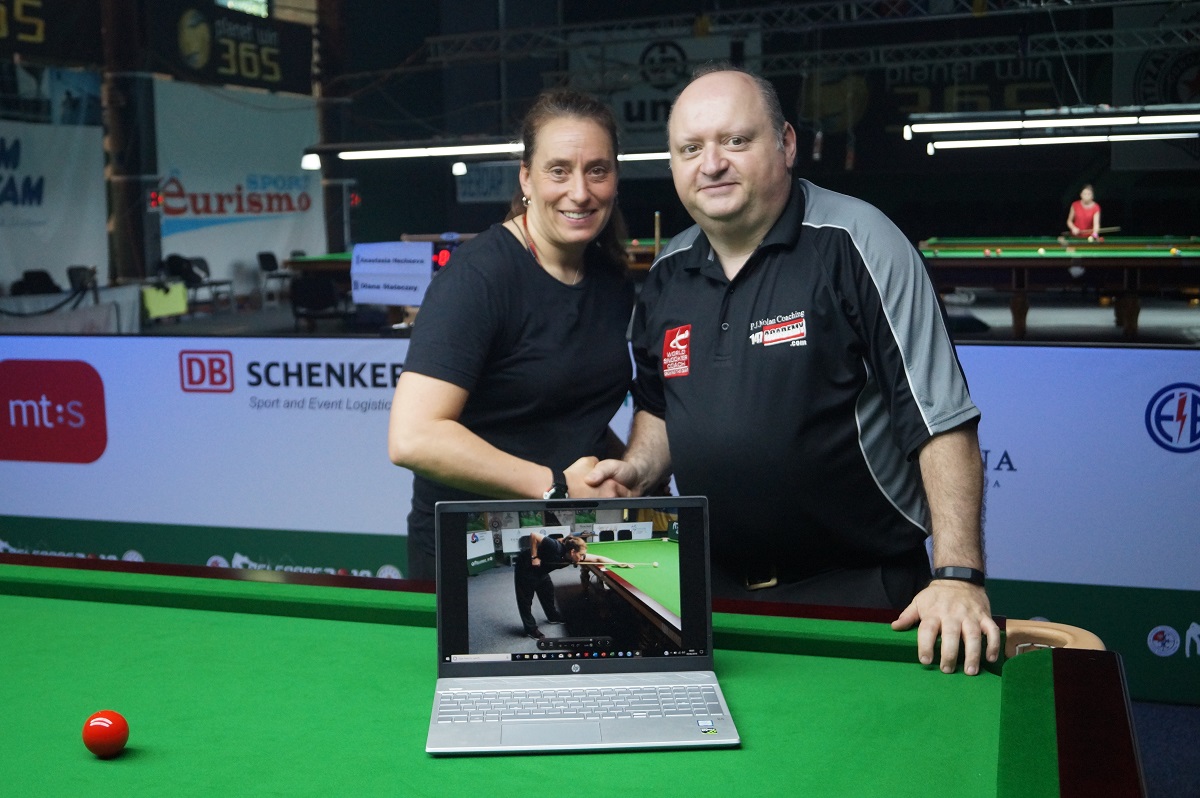 The final morning of the EBSA Cue Zones with EBSA Head of Coaching PJ Nolan was held on the 9th of June at the 2019 European Teams & Masters & Ladies Snooker Championships in the Crowne Plaza Hotel Belgrade, Serbia.

PJ worked today with Chris Hart from England and leading French lady player Angelique Vialard. Both players this morning really impressed PJ with their commitment and all the players said they really enjoyed their lesson this morning with PJ.

PJ Nolan said ‘’ That he would like to thank all the players who attended his Cue Zones in Serbia and he wished them all more success in the Future.

Any player / country competing in this year’s EBSA Championship in Serbia had the opportunity to book a date and time into the EBSA Cue Zone Schedule for their 20-minute solo or group lesson in the Tournament office.

EBSA were conducting free cue zones each morning from 8am – 9am for the EBSA players who attended this year’s European Championships with PJ Nolan.