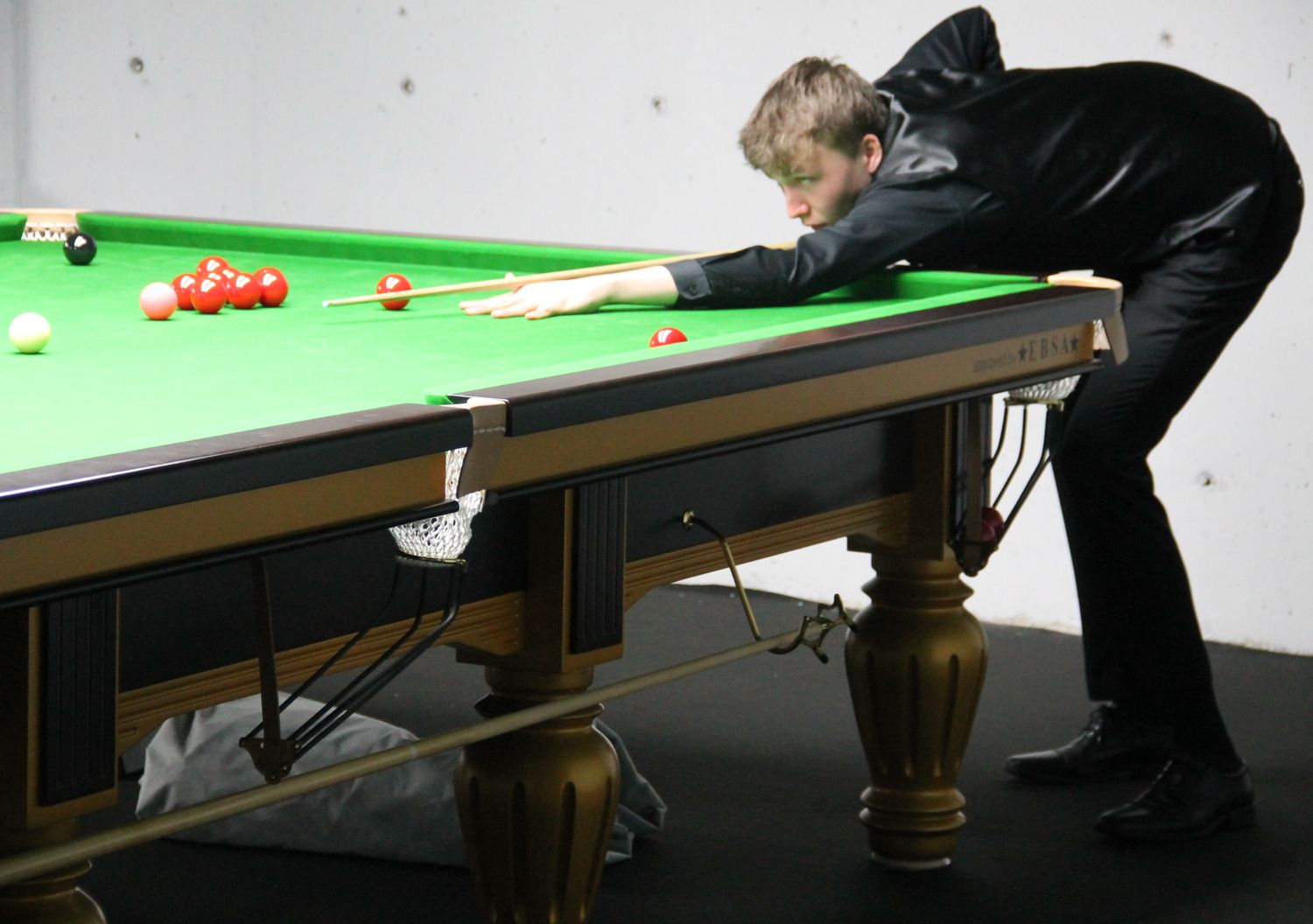 After having claimed victory by 5 Frames to 1 facing Florian Nüssle in the U21 event final, Belgium’s Ben Mertens is two matches away from a possible double at the 2022 EBSA European Snooker Championships.

Aged 17, Mertens meets again the 20 years old Austrian star and U21 event runner-up but now on the semis of the Men’s event to be played also best of 7 Frames on Friday June 17th at 10 a.m. And Nüssle aims for a different outcome of their 12th June U21 final.

Five days later, ‘Take II’ arrives for Florian battling with Mertens, but now on the main one of the nine events of this championships.

In their quarterfinals matches, this Thursday evening, Florian overcome Poland’s Antoni Kowalski by 4 Frames to 2 and Mertens claimed victory facing England’s Josh Tomond in the decider.

On the other Friday semifinal to be played at the simultaneously Friday morning at 10 a.m. at Shengjin’s Delfin Resort, the competitors will be Estonian’s Andres Petrov and Germany’s Umut Dikme.

Dikme claimed victory in his quarterfinal facing Ukraine’s Anton Kazakov by 4 Frames to 2 while Petrov ended up with Ukraine’s hopes in the event facing their other competitor still in the tournament, Iulian Boiko, by 4 Frames to 1.

The final of Men’s event will be played best of 9 Frames on Friday at 4 p.m.

On the other 18 tables of the venue, the first stage of the Teams events – Men, Women and Seniors – will be on the run all day long, also, for the fans to attend and enjoy.