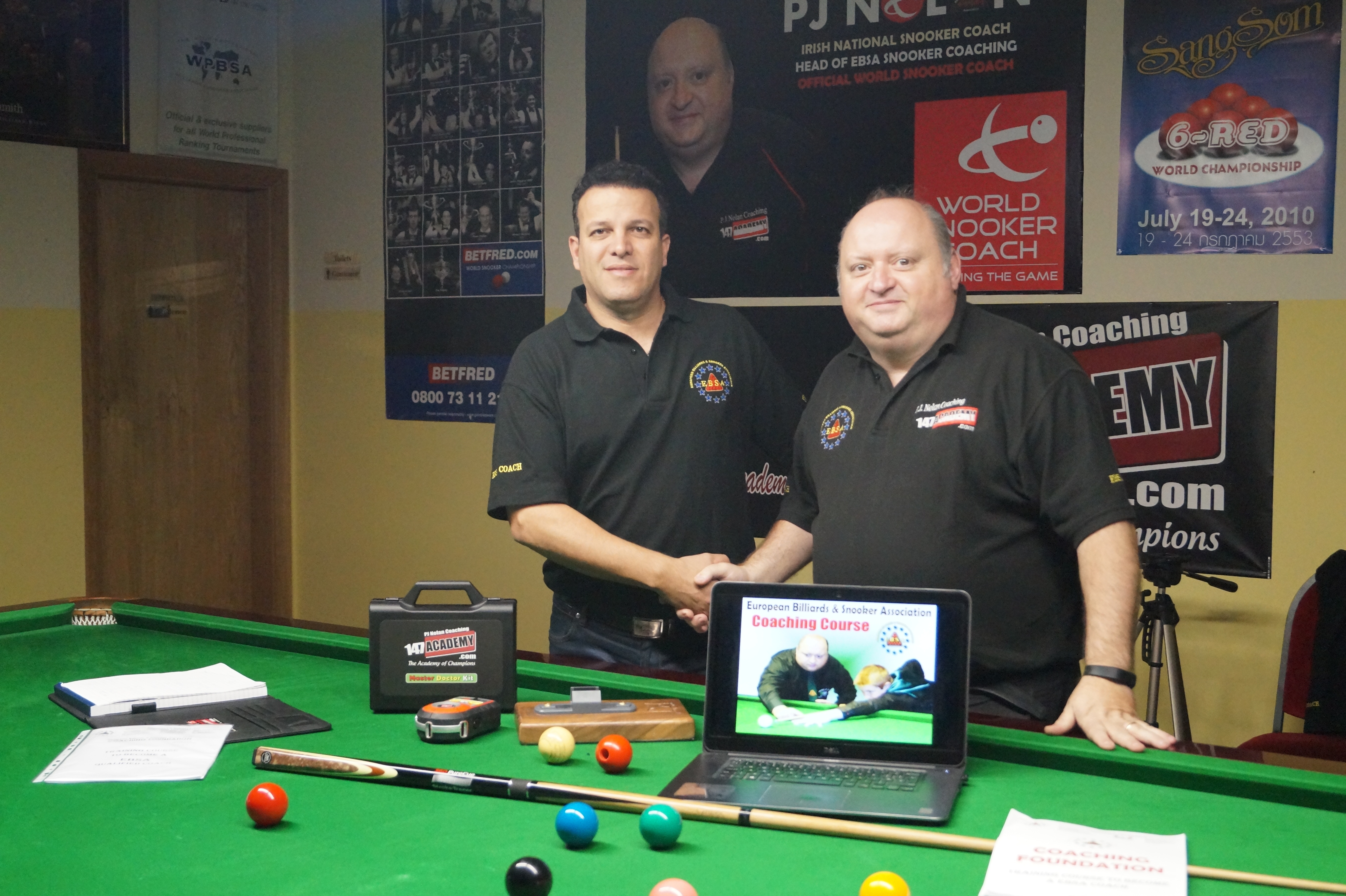 This EBSA Coaching Course is only open to recognised coaches who are approved by their own National Governing Body and the Israel Federation (I.S.P.A.) had nominated Hanan to attend this training course which was held in the Ivy Rooms Snooker Club in Carlow in the Republic of Ireland.

The EBSA Snooker Coaching syllabus included a practical exam as well as verbal and written exams covering all the techniques and skills of coaching the game of snooker. This Coaching course in Carlow covered all aspects of the game from Planning Sessions, Designing Routines, Role of a Coach, Sports Psychology, Rules of the Game, Practice Exercises, Written Records, Safety Play, Shot Selection, Oral Assessment, Preparation for Match- Play, Physical and Mental Etiquette and on the final day he completed the EBSA coaching written exam.

A new training program has been developed to help Hanan train and guide his players. Hanan will now begin his probation period where he will complete all the necessary assignments in Israel to graduate in becoming a fully accredited EBSA Coaches.

The EBSA have fourteen countries consisting of over forty coaches with full EBSA accreditation promoting the game all around Europe which goes well for the future of the game in Europe.

PJ said ” It was great to train Hanan and see how passionate he was about coaching and how much he wanted to learn. Hanan is obsessed with wanting to develop his coaching skills and at his home in Israel he has a professional star table to conduct his coaching sessions.

PJ thanked Hanan for wanting to travel to Ireland to do the course and he wished him the best of luck with his coaching career and it was a total pleasure doing the course for him.

If you would like to become an Official EBSA Coach you need to contact your own National Governing Body in writing and request them to officially contact Maxime Cassis in the EBSA nominating you to do the course.